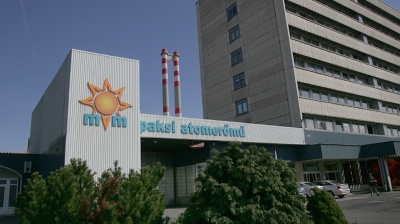 Hungary and Russia have agreed to change the loan agreement for the expansion of Hungary's sole nuclear power plant Paks, local media reported on May 6.

According to the report, Hungary will start repaying the loan once the two blocks are connected to the grid and begin production. Hungary signed a separate agreement with Russia, which is financing €10bn of the €12.5bn project.

State-owned Rosatom was selected to add two blocks to the Paks plant in 2014. The largest ever investment in Hungary would increase capacity by 2,400Mw.

The new blocks were supposed to start operation in 2025-2026, but that deadline will certainly be missed.

Rosatom has yet to obtain the final construction license permit. The government commissioner for the expansion acknowledged that the project two years behind schedule.

Hungarian officials blamed the European Commission's prolonged probe of the project, but long and tedious examination by local authorities concerning the safety of the project also contributed to missing deadlines.

The government began talks on rescheduling the Russian loan earlier this year. Based on the 2014 agreement, Hungary would have had to start repayment when the new blocks were operational.

There is no information on when talks on rescheduling the repayment took place. This is no surprise since the government has not been communicating about the delay of the project.

The four existing blocks of the Paks power plant account for some 40% of the country's electricity production but the oldest blocks will reach maturity by the early 2030s. The government says that without the expansion of Paks, Hungary would face serious power supply problems within five to 10 years.