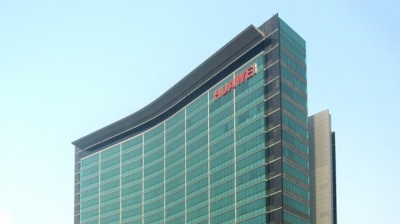 By Iulian Ernst in Bucharest September 23, 2019

Chinese telecommunication equipment producer Huawei expressed concerns about Romania possibly banning telecoms companies using its products from the 5G licenses auction, and sent an envoy in Bucharest to discuss such a scenario indicated as very likely by the memorandum for safe 5G networks signed by Romanian and US ambassadors last month, Wall-Street.ro reported.

Radoslaw Kedzia, Huawei vice-president for the Central and Eastern European region, arrived in Romania and plans to discuss the potential ban with the authorities. He has reportedly received no answer yet from the Romanian officials.

"We will meet with Romanian officials, we do not hide anything and we would like to meet them to clarify certain situations, and to receive advice and guidance, if necessary,” Kedzia said.

The visit comes after the ambassadors of Romania and the US signed a Memorandum for the development of secure 5G networks in August that includes a set of criteria for selecting the companies allowed to develop 5G projects. The use of Huawei networking equipment is banned in the US.

President Donald Trump initiated the Huawei ban in May with an executive order directing his administration to restrict the purchase and installation of critical communications equipment from “foreign adversaries”.

The Romanian government has not inked the criteria for the 5G auctions yet and the market regulator ANCOM has not launched the auction.

Prime Minister Viorica Dancila is currently on a visit to the US.

In this context, Kedzia advocated to the Romanian media in favour of Huawei as a legitimate bidder in the upcoming 5G auctions.

He said that he was surprised about “Romania accepting as valid the vague and unfair accusations expressed by the US” and even warned about lawsuits against the country’s authorities in case of a ban.

In the event that the government decides to restrict Huawei's ability to operate in Romania, the group does not exclude taking the government to court, as it would violate multiple international treaties, the Huawei vice-president stated.

He also stressed Huawei is an important foreign investor in Romania.

“We consider that we are a powerful company in Romania. We have decided to have several regional centres, including in Romania, we pay taxes of hundreds of millions of euros annually, being an important contributor in Romania,” Kedzia told the local media.