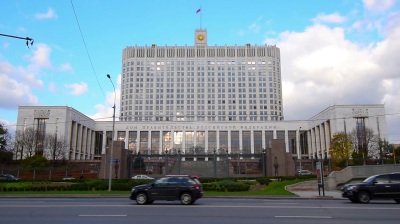 The process of the strengthening of state's role in the economy has switched gears, as the state is no longer simply setting the rules of engagement, but attempts to regulate the whole economic system of the country, Federal Anti-Monopoly Service (FAS) watchdog warns in a report on competition in 2018.

The new trends are evident on both federal and regional levels, where authorities are interfering in local business relations and engage in regional protectionism.

"In many regions we see what I would call economic feudalism, in which there is no private sector, no capitalistic relations, but vassals and lords - the state apparatus, which meddles in private business affairs," Vedomosti daily reminded of the controversial remarks made by the head of FAS Igor Artemyev in October 2018.

Analysts surveyed by Vedomosti remind that state intervenes into specific markets so often, as in the case of direct regulation of fuel prices that it would be unreasonable to expect the companies themselves to refrain from coordination and tacit collusions.

Other estimates are more moderate, with the International Monetary Fund (IMF) estimating the share of the state and state companies in Russian economy at 32-33% of GDP, using such metrics as ratio of consolidated budget to GDP. However, should one account for quasi-state companies or private companies too close to authorities to take independent decision, the ratio would increase to 50%-70%.

One of the main sources of confusion is how to count social, public sector and pension spending. While technically this spending doesn't form a part of calculating GDP, in Russia these outgoings are much higher than in western economies and have a very large, but technically indirect, impact on the size and performance of the economy.

FAS also notes that state spending through procurement, which does form part of the GDP calculation, amounted to RUB6.9 trillion in 2019 went mostly to state companies. State acquires 77% of financial and insurance services from state banks, 65% of scientific and engineering services from state institutions, as well as 51% of healthcare services, 45% of information and communication, and 42% of transportation and storage.

In 2017 the FAS proposed developing a programme for selling existing core assets of inefficient companies, with reforms advised in the healthcare sector, road building, agriculture, and utilities.

Russia’s privatisation programme was re-launched with much fanfare in2008 after Dmitri Medvedev took over as president. The liberal programme was largely written by economist Sergei Guriev and fated by investors. But the programme immediately stalled thanks to the 2008 global financial crisis and Guriev fled into exile to become the chief economist at the European Bank for Reconstruction and Development (EBRD) after he was caught up in a state investigation into oil tycoon and dissident Mikhail Khodorkovsky.

Since 2017 the government and the Ministry of Economic Development has been consistently cutting the privatisation plans, while the new economic growth paradigm announced by President Vladimir Putin for his 2018-2024 term largely focuses on state-driven infrastructure investment.