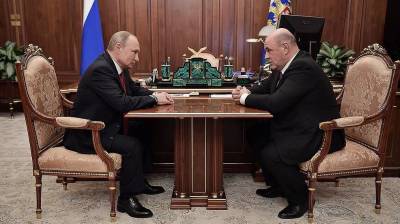 The finale of a dramatic news day for Russia was the appointment of the head of the Russian tax office Mikhail Mishustin as prime minister to replace the outgoing Dmitry Medvedev, who had resigned along with the whole government only a few hours earlier on January 15.

The other big news from the comprehensive shake-up of the government was the announcement by Chechen president Ramzan Kadyrov that he was standing down “for health reasons”, although other reports said he may be promoted and given a role in the new federal government. Kadyrov is one of the most notorious figures in Russian politics and has been accused of multiple murders and running death squads in the Caucasian republic that was blighted by two separatist wars until he took over.

Mishustin’s appointment continued the theme of breaking with the way government has been run over the last two decades and is yet another signal that Russian President Vladimir Putin wants to be seen to be making a fresh start.

Mishustin is a former investment banker with a specialism in IT, who then joined the government and went on to oversee a radical reform of the tax service. He is being called a competent technocrat with no political ambitions of his own, but is likely to appeal to a spectrum of those that work with Russia.

The new prime minister was previously president of investment bank UFG Capital from 2008 to 2010, which was founded by American national Charlie Ryan and his Russian partner former deputy finance minister Boris Fedorov. UFG was working during Russia’s boom years and Ryan sold the bank to Deutsche Bank in 2007, earning him the reputation of being the most successful foreign investor ever in Russia.

After the sale of UFG, Mishustin went on to join VTB Capital, according to bne IntelliNews banking sources, which was the investment banking arm of the state-owned banking giant VTB that was established in the midst of the global financial crisis, although his tenure there was short.

Later Mishustin joined the government and ended up running the tax service in recent years that has undergone a radical revolution since a near-miss budget crisis in 2016 when the Ministry of Finance was unable to fill a RUB2 trillion hole in the budget.

Mishustin has turned the notorious corrupt and inefficient tax service around. He completely overhauled the IT system to the point where one of Russia’s cosmonauts was, in a first, able to pay his income tax from space two years ago.

As part of the Ministry of Finance's search for new sources of revenue, since 2016 the Kremlin has launched a sustained campaign against corruption and making people and companies pay their taxes has been a big part of that. In the last year under Mishustin’s direction a multitude of tax scams, such as the infamous “fly bi night” shell company scam – where a shell company is set up to take a tax liability but then shuttered the day before the liability comes due – were eradicated. All-in-all in 2019 the tax service tax take increased by 20% under Mishustin, while the tax burden only increased by 2pp.

The initial reception to Mishustin’s appointment was muted as most observers were scratching their heads as they had never heard the name before.

After Medvedev’s resignation speculation immediately started as to who would replace him. Russia watchers agreed there were three possible scenarios: promotion of someone from the established old guard around Putin such as former finance minister and Audit Chamber head Alexei Kudrin or Defence Minister Sergei Shoigu; the appointment of a young reformer such as Minister of Economy Maxim Oreshkin, who has been setting much of Russia’s economic policy in recent years; or, the “Fradkov-scenario”.

In a surprise move Putin appointed the totally unknown Soviet-era diplomat Mikhail Fradkov prime minister in March 2004, and he held office until 2007. Most commentators had no idea who he was and investment bank Renaissance Capital released a note the next day entitled “Fradkov who?” for clients.

But Mishustin is a break with the past as he is from the post-Soviet generation that made his career entirely in the new Russian economy. He is also from the finance and technology world, whereas previous prime ministers have tended to be Soviet-era diplomats from the government structures.

At the same time Mishustin is more of a technocrat than a political leader and has likely been appointed as a caretaker ahead of the constitutional changes announced by Putin during his speech earlier in the day that will vastly increase the power of the office of the prime minister. The appointments of figures like Kudrin, Shoigu and Oreshkin would all be a lot more political as all three are actively involved in setting Russian policy, whereas Mishustin has simply been following orders until now.

“Mikhail Mishustin’s elevation to Russia’s PM is designed to get more competent leadership in Cabinet which will have to focus on all-important domestic agenda,” tweeted Carnegie political analyst Dmitri Trenin. “Medvedev’s career isn’t over, Putin still needs him in transition scenario. He remains what he’s always been: Putin’s alter ego.”

Russia's lower house of parliament says it will decide on whether to approve Mishustin as Russia's new prime minister on January 16.