Glitz and glamour in Georgia

A popular refrain in the 1950s was that the “Soviet Union does not have fashion, it has light industry instead.” Georgians always felt differently: the small Caucasian state has a rich heritage of creativity that the USSR’s uniformed style only partly managed to tame. In 1949 Georgia’s first fashion house, Modelebisakhli, was one of the few in the Soviet Union producing original clothes, and the country’s rich history of apparel and textile production supplied the communist bloc with silk and wool blends. But a thriving industry died with the collapse of USSR, two civil wars and the economic meltdown of the 1990s. Come the 21st century, Georgian designers had to start from scratch.

Since 2010, Tbilisi Fashion Week has been showcasing in October and April the best of Georgia’s unexpected fashion scene with one (trumpeted) goal: getting new ideas onto the catwalks at home and inviting foreigners to look. And possibly buy. “We want to promote local designers worldwide and push for developing a fashion industry in Georgia,” explains Tako Chkheidze, a former model in New York and Paris, and now an ambassador for Georgian design as one of the founders of the event. “Today our fashion week is on the international calendar, an achievement in itself. We managed to place Georgia on the map of buyers, journalists, bloggers, designers, fashionistas of all kinds who did not know where Tbilisi was.”

Fashion weeks are key events of the industry: they show the “in” and “out” for the season, and buyers look for new trends and designs as well as the chance of identifying the next Chanel. But even though Georgian fashion has a growing band of admirers, it still lacks the scale to be called an industry. “The government has supported the sector, especially the cut, make and trim activities for the local and export markets,” says Giorgi Pertaia, director of the Georgian National Investment Agency (GNIA). “There are signs of recovery, slowly but steadily, maybe not at the full speed we’d like to see, but we need to consider the overall economic environment.” 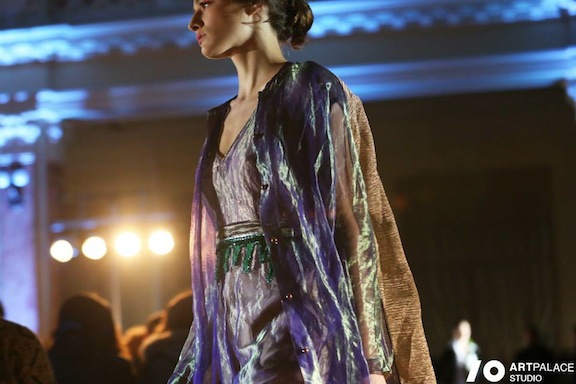 Since 2004, investment-thirsty Georgian governments have created an attractive business environment – no quantitative restrictions on imports and exports, no customs tariffs on export and re-exports, no VAT on exports, and free land all caught investors’ attention. Low utilities cost (electricity costs are half those of neighbouring Turkey), a cheap labour force and a strategic location did the rest.

The effort paid off. Over the last decade, apparel production has risen from being worth $8m in 2004 to around $60m in 2012. Today, there are more than 200 manufacturing companies in Georgia, about 95% of which are micro-enterprises, that employ a total of 5,500 people. About 17 of them employ more than 100 people, seven of which are Turkish investments based in western Georgia and the capital Tbilisi. End-buyers include prime high-street labels like Zara, Moncler, Next, Marks & Spencer, and Tommy Hilfinger.

“Georgia is a small market of 4.5m people, but free trade agreements with the [Commonwealth of Independent States] countries and Turkey, plus the recently signed deep and comprehensive free trade agreement with the EU means we can actually reach a market of almost a billion people,” explains Pertaia. “Plus, in countries like China prices are rising and this trend is leading investors to look for other destinations.”

Istanbul-based Aceka Holding did its homework before setting up its two factories in western Georgia in 2008. “We checked the Far East, but Georgia ticked all the boxes,” explains Cemal Bilgingullouglu, chairman of Aceka and its Georgian subsidiary, Ajara textile. “The logistics is easier due to its proximity to both Turkey and Europe, plus various free trade agreements make the process smooth. Today, Ajara Textile employs about 2,000 people and it produces mainly sportswear for Puma, Nike and Lotto.”

From creating to branding

While international high-street brands are setting up shop in Georgia, the future for Georgian designers looks less bright, as most of them can only sell garments privately through showrooms or produce one-offs. “Fashion industry means creativity plus business,” says Maia Gogiberidze, owner of Materia, an apparel factory built on the ashes of Modelebisakhli, which produces mainly uniforms for various government agencies and high-end hotels.

In 2012, Gogiberidze launched Matériel, a premium line produced by four young designers. “You need enough orders to make the business sustainable – at the moment that’s just not the case,” she says.

Those who have managed to create a brand left their homeland a long time ago. London-based Taka-Naka, the brainchild of twin sisters Tamara and Natasha Surguladze, is a regular at London Fashion Week; in Belgium, Demna Kvasalia has designed for the likes of Maison Martin Margiela and Louis Vuitton; in Canada, Gio Gaudet uses the traditional Georgian felt and silk to create high-end fashion; and last December fashion boy-wonder David Koma was appointed artistic director at Paris-based Thierry Mugler Maison.

At home, just a few have carved out a niche: Avtandil Tskvitinidze, from his showroom in Old Tbilisi, reaches buyers from Paris to Baku; doctor-turned-designer Giorgi Shaghashvili flits between Tbilisi and Copenhagen. “In general there seems to be a gap between creating, producing and branding,” explains Gianni Fontana, fashion marketing professional and principal at the Milan Style Academy who has attended the two past Tbilisi Fashion Weeks. “To create a brand you need business vision and management, a fashion house is a business like any other, and it requires marketing, communication, production, distribution. The creative process contributes about 20% to the success of a brand, at most.”

But most Georgian designers do not have the funds to spare, and companies like Matériel and Dalood that have a clear division between designing and management are rare. “We have the potential, our designers are original, avant-garde and imaginative – what we need is full institutional support,” points out Chkheidze. “Young designers struggle to get their creations out. Even building a website with professional photographs is a cost many cannot afford. We introduced Newcomers, a section where young talents present small collections and the best get funds to produce a full collection the following year. But it is not enough.”

A solution could be a collective Georgian label that brings together several designers, a “Made in Georgia” that would be easily spotted and recognizable. “It is a scheme we used to promote Georgian wine abroad,” explains Pertaia. “We unified a few wineries under the label Georgia Wine and promoted it in international events, thus reducing the costs and maximizing the visibility. The question though is whether designers are ready for it.” 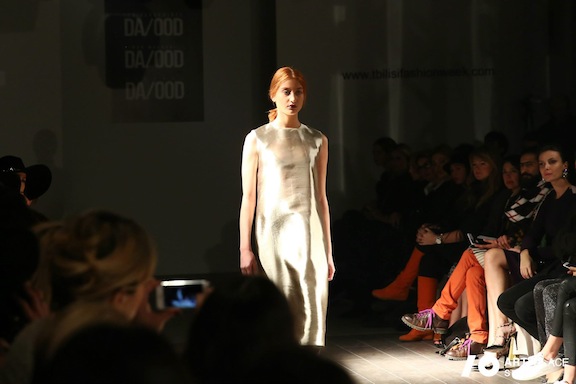