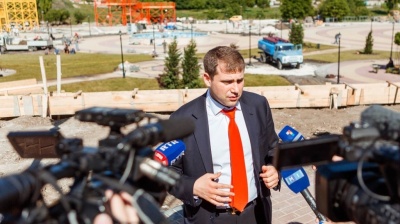 Ilan Shor, the businessman and politician named as the “visible beneficiary” of the $1bn stolen from Moldovan banks in Kroll’s financial forensic investigations, promised in an online statement to help the Moldovan authorities recover the stolen money in exchange for the termination of all lawsuits against him.

The funds were siphoned off from three Moldovan banks over several years in a series of massive frauds that surfaced in 2014-2015 when the central bank extended a MDL13bn ($1bn) emergency loan with government guarantees, later converted into public debt. The three banks were liquidated.

President Maia Sandu said that she is convinced that the General Prosecutor's Office will accept the proposal made by Shor because “the country needs this money.” As regards the lawsuits, prosecutors should make a decision in this regard, she added.

"I saw a public announcement that they want to return the stolen billion. We are waiting. I am sure that the Prosecutor's Office will accept every penny. The money must be returned, further, the sanction [required in court] will be established by the Prosecutor's Office. The country's budget would now have a great need for this billion," said Sandu.

But he also said that the sum is not as high as claimed by authorities — MDL13bn, or $1bn at the exchange rate before the depreciation prompted by the bank frauds.

Shor was sentenced to seven years in prison in the first instance in 2017, for the role played in the “theft of the billion” from the banking system, but the appeal process is dragging on. The sentence was appealed in the appellate court. In February 2018, the conviction file was transferred to the Cahul Court of Appeal. Dozens of court hearings have been convened since then, most of them being postponed for various reasons.

Currently, fugitive businessman Shor is “in a safe place” as he put it in the public online statement, most likely Israel.

Although he did not officially acknowledge it, Shor allegedly left Moldova in June 2019, after the Democratic Party relinquished power.

On August 15, 2019, at the request of the interim general prosecutor, Dumitru Robu, deputies deprived Shor of his parliamentary immunity.

First official results from Bosnian elections put nationalists ahead after exit polls predicted losses
8 hours ago
Georgian MPs want to rid the country of oligarchs, but not all of them
8 hours ago
Hungary agrees on deferred payments with Gazprom for winter gas deliveries
8 hours ago
US sanctions Russia’s CBR head Nabiullina and other officials
8 hours ago
Russia prepares for new attacks against Ukraine from Belarusian territory
9 hours ago