FPRI BMB Russia: Russia’s Ministry of Economy says the CBR is too conservative 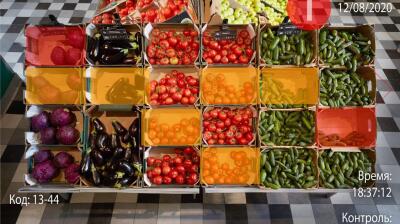 Russia's Economy Minister Maxim Reshetnikov says the Central Bank of Russia's decision to tighten monetary policy was wrong, as inflation is not being caused by too much money in the economy, but a global rise in food prices. All the recent rate hike will do is slow growth, not inflation. / wiki
By FPRI BMB Russia March 31, 2021

Deripaska has long criticised the CBR’s conservative monetary policy. But there’s now another prominent detractor from the CBR’s rate hike decision. Economy Minister Maxim Reshetnikov, who has been tasked with tackling food price inflation, told journalists last week that he didn’t agree with the CBR’s policy choice. According to Reshetnikov, the CBR is trying to combat inflation, which rose to 5.8% in mid-March, using monetary tools, but Russia’s current inflation problem is not monetary. That is, prices are not rising because there’s too much money floating around in the economy. Rather, the inflation stems from external factors like the continued growth of global agricultural prices.

MinEk’s latest inflation bulletin claims that while annual food inflation grew from 7% in January to 7.7% in February, monetary inflation remains notably lower, rising from 4.1% to 5% in the same period (see chart below). Other tools are necessary to combat this type of non-monetary price growth, Reshetnikov explained.

In addition to disagreeing about the nature and method of combatting Russia’s current inflation, Reshetnikov also objected to the CBR’s concern that fiscal easing may lead to a rise in prices. According to the economy minister, the government is not planning any serious relaxation of budgetary policy. Expenditures will remain unchanged this year.

Given these two areas of disagreement, Reshetnikov fears that the result of the CBR’s rate hike will simply be a dampening of Russia’s economic recovery. What policymakers need to focus on, he said, is translating Russians’ savings during the pandemic into economic growth. In 2020, savings increased by RUB5 trillion ($65.7bn). Reshetnikov wants to see these funds directed toward investments. But with higher interest rates, the cost of loans increases and the appetite for investment decreases accordingly.

Despite being the government’s point person for preventing the rise in essential food prices, Reshetnikov’s quibbles about the CBR’s conservative monetary policy are not surprising. Russia’s Economy Ministry is responsible for spurring economic growth, and thus it often favours more dovish monetary conditions. Reshetnikov’s predecessor Maxim Oreshkin was similarly outspoken about attributing Russia’s sluggish growth to CBR policy. It’s easy to blame someone else for not hitting your targets.

Regarding food prices, Reshetnikov has expanded the government’s arsenal for tamping down on inflation. In line with what BMB discussed last Thursday, the government has officially extended its price control agreements with sugar and sunflower oil producers. Price ceilings on sugar will stretch until June 1, and on sunflower oil until October 1.

Yet counter to the hopes of oil producers, the government said it may also have to impose export duties on sunflower oil starting September 1. A 30% duty on sunflower seed exports has been in place since January, which Reshetnikov announced will be extended indefinitely past its original end date of July 1. The head of Russia’s Fat and Oil Union suspects the government may raise the sunflower seed export duty to 50%. While the price controls are painful for producers, the export duties are “catastrophic,” he says.

ASH: The West is short-changing Ukraine
13 hours ago
RIDDLE: If they fear us they respect us
13 hours ago
COMMENT: Can Russia pivot its European gas sales to Asia?
3 days ago
Perspectives | Beijing and Moscow clash over Kazakhstan’s oil
3 days ago
COMMENT: Emerging European tightening cycle coming to an end
7 days ago