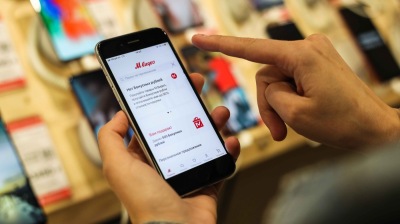 Foreign IT firms working in Russia might be hit with a new tax to further boost domestic firms at the expense of foreign firms
By FPRI BMB Russia March 5, 2021

The latest in Russian tech protectionism, the government is considering implementing a new tax on foreign IT firms that use consumer data for advertising. And there are fresh proposals to prevent foreign firms buying up Russia's leading tech giants.

According to Vedomosti, tech-focused deputy Prime Minister Dmitry Chernyshenko discussed the proposal with industry participants at a meeting last week.

The proposal envisions the tax proceeds being used to further support the domestic tech sector – an industry that already benefits from substantial tax breaks and favourable regulation, such as the soon-to-be-effective “law against Apple”.

Despite framing the proposal around user data, the goal of the potential tax is not to protect Russian consumers. Russia’s digital and communications ministry (MinTsifry) is in the process of amending legislation to allow firms to use Russians’ anonymized personal data for business purposes. Furthermore, over 85% of Russian government mobile apps sell users’ data to American firms, including Google, Facebook, and Microsoft.

Instead, the goal of the proposal is to further boost domestic firms at the expense of foreign firms. This would not be the first tax targeting foreign tech firms in Russia. In 2017, the government introduced a value-added tax (VAT) for foreign tech firms that sell digital content in Russia, nicknamed the “Google tax.” Chernyshenko reportedly also discussed redistributing the proceeds from this existing tax to domestic tech firms at last week’s meeting.

Sources say that the government’s hope with the potential “Google tax 2.0” is that officials can announce a new package of aid to the IT sector without further straining the federal budget, which is already in deficit due to the coronavirus pandemic. According to Vedomosti, the government will decide on whether to pursue the new tax by summer.

A key element of tech protectionism is ensuring that Russia’s IT giants don’t end up in foreign hands. In 2019, the big story was a bill proposed by United Russia deputy Anton Gorelkin about limiting foreign ownership in “key internet resources,”, which prompted Yandex to amend its corporate ownership structure. This story is currently getting a sequel.

In December 2020, Gorelkin proposed a very similar bill, but this time targeting audiovisual services. The direct effect of the draft legislation was that it effectively cancelled the initial public offering (IPO) of Russia’s largest online streaming service ivi. Ivi applied to IPO on the Nasdaq at the beginning of December, and onlookers expected it to be Russia’s next exciting IPO following Ozon’s successful offering. Ivi’s parent company is based in Cyprus, however, and its investors include foreign-registered firms Tiger Global Management, Frontier Ventures and Baring Vostok. This means that if Gorelkin’s legislation passes—which, as a reminder, it didn’t in 2019 after Yandex made concessions to the Kremlin—then ivi will face immense regulatory challenges. As a result, the firm called off its IPO plans.

But ivi, which accounts for 23% of the Russian streaming market, is still looking to go public. Forbes reports that the company is looking to Yandex as an example of how it can rid itself of Gorelkin’s roadblock. Ivi is reportedly considering restructuring its corporate governance to give the Kremlin “the proper level of comfort.” If it follows in Yandex’s footsteps, this means that ivi may create a public interest foundation that can block the sale of a large packet of shares to any one party. This foundation would comprise individuals who represent the state’s interest.

Unlike in 2019, Gorelkin’s current bill against foreign ownership of AV firms has attracted little attention in the Duma. It thus seems likely that this story will be a carbon-copy, less exciting version of its prequel. It’s ultimate effect will be increasing the Kremlin’s touch, even if just slightly, in the tech sector.

EU downgrades its estimate of Russian troops on Ukraine’s border to 100,000 but tensions remain high
FPRI BMB Ukraine: How well could Ukraine defend itself against a Russian attack?
Unbundled: the Gas Transmission System Operator of Ukraine