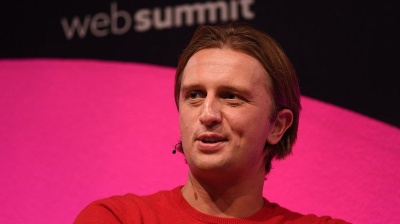 The fortune of Russian-born Nikolai Perestersky, founder and CEO of fintech firm Revolut, increased to $1.65bn following a recent $500mn funding round.
By Ben Aris in Berlin February 17, 2020

Russia has a new tech billionaire after the fintech firm Revolut raised $500mn this month, lifting the worth of the company’s founder and CEO, Russian-born Nikolai Perestersky, to $1.65bn, RBC reported on February 16.

Founded in 2015 and based in London by Perestersky and Ukrainian national Vlad Yatsenko, Revolut provides an online banking service that focuses in particular on providing multicurrency services cheaply. The company has just completed another round of financing and raised $500mn to fund further expansion, bringing its overall valuation to $6bn.

Perestersky is believed to own 30% in the company, according to two Forbes sources, which puts his personal fortune at $1.65bn. Revolut declined to comment on the deal that was first reported by the Daily Telegraph.

Already providing its services to most of Europe, Revolut plans to launch soon in Russia, the US, Japan and other markets where it is not yet present.

PitchBook claims that the main investor in the latest fund raising was Technology Crossover Ventures, which contributed $150mn to the latest round of fundraising and has previously invested more than $13bn in technology companies like Airbnb and Spotify.

Revolut COO Richard Davis told the Financial Times that the $500mn raised will allow the startup to “double that amount of growth”. At the end of September, the company announced a partnership with Visa to launch operations in 24 new countries.

Dsight, a Moscow-based business intelligence company with a focus on investment, has just released the English version of its Russian venture report covering the first half of 2021.