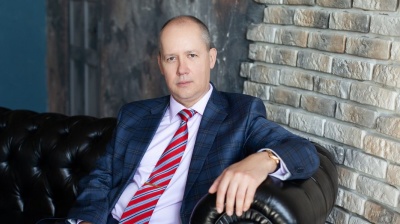 The former aide to Lukashenko and one time Belarusian ambassador to the US, Tsepkalo’s application to stand for president was denied when the Central Election Commission (CEC) annulled thousands of signatures in his petition bring the total to less than the 100,000 needed to be registered as a candidate. Tsepkalo fled Belarus to the safety of Moscow shortly after with his children after receiving a tip off that he was about to be arrested.

His wife Veronica remained and has joined forces with former housewife and now leading opposition presidential candidate Svetlana Tikhanovskaya and is one of the “three women” opposing Lukashenko in the election slated for August 9.

Tsepkalo published an open letter to 32 world leaders, including those in the United States, Germany, France, Great Britain, Ukraine and Poland, urging them to act, according to the news channel “Dozhdj.” The Russian president, Vladimir Putin, is excluded from the mailing list.

In his passionate appeal, Tsepkalo brings their attention to the fact that for the last 26 years, “Belarus has been governed by the same man, Lukashenko, who has created an authoritarian regime with incessant breaches of basic democratic values attributed to a free society, including freedom of speech, free elections and other human rights.”

Tsepkalo has exhorted the world leaders to support holding a free and honest presidential election in Belarus, as well as pay attention to what he called “anti-nation politics” being carried out by the Belarusian regime against its own citizens.

“Our countries have been at times united by cultural-historical heritage and tight relations. We understand the ideas of democracy and freedom in the same way,” Tsepkalo said.

But the CEC asked by the opposition to install cameras at polling stations at the expense of Belarusians does not meet the requirements of the election law.

A CEC member with the right of advisory vote, Pavel Dzik, representing the interests of presidential candidate Svetlana Tikhanovskaya, has been promoting the project of installing video cameras. According to him, the “Honest People” initiative has worked out both technical and legal issues of the procurement.

“Given the volume of the order, several companies, which were ready to work together, responded to the proposal,” he said.

He also said that the purchased cameras would meet all the requirements of the country’s legislation. They would be installed at the vast majority of sites.

But “all the members of the election commission, having familiarised themselves with the proposed draft decision, which provides for live video broadcasting 24 hours a day from the polling stations and placement of citizens’ own video cameras on their applications, expressed their opinion that the draft does not meet the requirements of the election legislation and the procedure for practical implementation of the proposal is unclear,” says the answer signed by Lidziya Yarmoshyna.

The CEC also noted that the Electoral Code does not allow citizens’ technical means for organising elections.

This year the CEC has introduced changes at some polling stations: now the booths will not be completely closed with curtains.

Notably, on August 3, Poland’s legendary movement ‘Solidarity’ declared in its address to ‘Belarusian friends’ that people of Belarus are not and cannot remain alone in their fight.

“75 years ago, the people of Middle and Eastern Europe were imposed with a new world order as the result of tragic world wars between great global powers. Through the decades, the people of Belarus, Bulgaria, Czechia, Estonia, the Balkan Peninsula countries, Lithuania, Latvia, Poland, Romania, Slovakia, Ukraine, were forced to fight for the most essential core values: individual freedom, independence, respect to every human being and the truth. Values that constitute the identity of every democratic country in the world,” their open letter reads.

“40 years ago, [the] Polish Solidarity movement led to the collapse of the communist regime in Poland. Thanks to the courage of the citizens, their will to fight and the faith in victory, the impossible became possible,” the prominent political figures and civil leaders said.