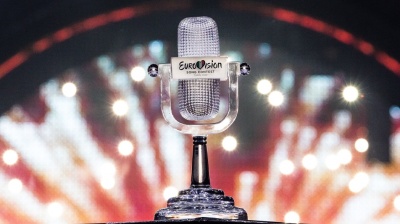 The decisions are attributed to a combination of rising costs associated the sharp increase in energy prices this year and higher fees for participating broadcasters as Russia — usually a major contributor — will not take part in Eurovision 2023.

MRT announced on October 14 that it will not participate in the contest, which be held in Liverpool, due to financial difficulties.

This is the first time North Macedonia has withdrawn from the competition since it gained independence from ex-Yugoslavia in 1991. So far, 34 countries have confirmed their intention to participate in the 2023 Eurosong contest.

“Such a decision is in the best interest of the citizens, taking into account the increased costs due to the energy crisis, which make up a large part of broadcaster’s budget, as well as the increased registration fee for the participation in Eurosong 2023,” MTV said in a tweet.

MTV said in this way it will save funds, but will broadcast two nights of the semi-finals and the grand final.

“MRT hopes that the situation will stabilise, after which the country will return again with participation in Eurovision in 2024,” it said.

Montenegro’s RTCG issued a similar statement, saying that “after reviewing the available resources, the costs of the entire project and the obligations that the public service expects in the coming period, a decision was made that Montenegro will not participate in the Eurovision Song Contest next year.”

It added: “In addition to the significant costs of the registration fee, as well as the cost of staying in Great Britain, we also faced a lack of interest from sponsors, so we decided to direct existing resources to the financing of current and planned national projects and organisational and programme reforms, which entail significant investment interventions in equipment and premises.”

Bulgarian broadcaster BNT, also widely reported to have decided not to take part, has not so far published its decision.

Bulgarian news outlet Ploshtad Slaveikov wrote on October 17 that the country has given up participating in Eurovision 2023 due to the high costs. International fan websites wiwibloggs.com and eurovisionfun.com have published information that public broadcaster BNT decided not to participate, but it was not confirmed by BNT’s director general Emil Koshlukov, Ploshtad Slaveikov wrote.

However, according to OGAE Greece, the official Eurovision club in Greece, BNT has confirmed the decision. “BREAKING NEWS: ΒΝΤ officially stated to http://ogaegreece.com that Bulgaria won't participate in Eurovision 2023 and most probably in the future editions,” OGAE Greece wrote on Twitter on October 14.

This is not the first time countries from the region have struggled to afford to take part in Eurovision.

Bosnia & Herzegovina has previously been unable to participate in the popular song contest due to public broadcaster BHRT’s outstanding debts to the European Broadcasting Union (EBU).

In 2021, the European Broadcasting Union (EBU) said it has secured funding from the European Union for the public broadcasters of the six Western Balkan countries, aiming to help them to implement crucial reforms and become financially independent.