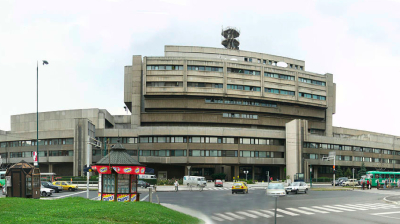 24 MEPs have sent a letter to the authorities in Bosnia & Herzegovina, calling on them once again to take urgent measures to save the public broadcaster BHRT from imminent closure.

The financial situation of BHRT had been deteriorating for years due to the insufficient level of funding caused by the “progressive erosion of the licence fee, a weak collection system and substantial payment arrears from regional partner broadcasters Radio-televizije Federacije BiH and Radio-televizije Republike Srpske”, according to earlier statements by the European Broadcasting Union (EBU).

Now the MEPs have expressed serious concern that the broadcaster will collapse unless the parliament adopts an adequate decision on its financing by the end of June, according to the letter, published on the website of BHRT.

“A collapse of the public broadcaster is unacceptable for a country that is a member of the Council of Europe and is opening negotiations for a membership in the European Union. Bosnia & Herzegovina would become the only European country without a public broadcaster, which contradicts the European standards and values,” the letter reads.

Now, the MEPs have called on the Bosnian authorities to secure the independence of BHRT, as well as its financial sustainability.

The previous model for collecting the licence fee through telephone bills expired almost a year ago and at the moment the two telecom companies operating in the country are gathering it voluntarily. According to EBU, even this situation seems to threaten the survival of the public broadcasters as in April the amount of funding collected by the telcos was 50% lower compared to the previous month. The public broadcaster has accumulated around €20mn of debt.

BHRT’s problems worsened gradually during 2016. In May, the broadcaster’s management board said it would temporarily shut down all services on June 30 after it failed to collect BAM25mn (€12.8mn) debt from the broadcasters of Bosnia’s two entities, the Muslim-Croat Federation and Republika Srpska. However, as the date approached, the EBU once again extended the deadline for BHRT to start repaying its debts.

The latest attempt to find a solution for BHRT failed in January as state-level MPs did not reach an agreement on whether proposed legislation should be adopted by summary procedure. MP Misrad Mesic has proposed a bill under which the current financing of the public broadcaster via telecoms operators should continue until the end of 2017.

The European Bank for Reconstruction and Development (EBRD) is extending a loan of up to €5mn to UniCredit Bank Banja Luka in Bosnia & Herzegovina to improve access to finance for local small ... more