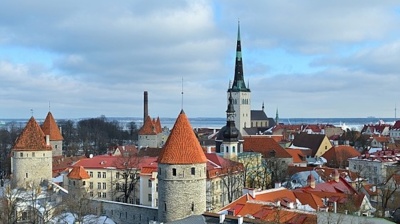 The Bank of Estonia announced on July 26 it has carried out a research project into the technical possibilities of a digital euro alongside the European Central Bank and seven other central banks of the euro area.

The bank said the experiment established that a novel blockchain-based solution could in theory support almost unlimited numbers of payments being processed at the same time with a very large money supply and with a smaller carbon footprint than the card payment system.

The Bank of Estonia worked with the European Central Bank and the central banks of Spain, Germany, Italy, Greece, Ireland, Latvia and the Netherlands on the experiment to assess one possible technical solution for the digital euro. The experiment looked into how a technical solution for a digital euro built on the blockchain technology that serves as the basis for the Estonian e-state could perform in terms of the number of payments and money-holders and its energy costs, and how digital identities could be linked and privacy ensured, the Estonian central bank said.

The blockchain-based solution would also permit a good balance between privacy and the need to meet anti-money laundering requirements.

If the digital euro is introduced it would not replace cash, but would provide an alternative alongside cash for all people and companies. Like it does for cash, the central bank would guarantee the value of the digital euro. Introducing the digital euro would further the digitization of the economy and could lead to programmable money and reduce the cost of making payments.

The digital euro could be used as a means of payment in all the countries of the euro area and would be as secure to use as cash. It would allow banks to build new payment solutions that could be used for purchases in ordinary shops or online and for payments between individual people, the CB said.

Latvian 5G frequencies to be auctioned on December 16

The Public Utilities Commission of Latvia (PUC) announced it will organise on December 18 an auction for mobile operators regarding the deployment of the 5G network in the 700 MHz band. The ... more

Dynatrace, an Austrian software company listed on the New York Stock Exchange, announced it is setting up an IT research and development centre in Tallinn. The company is said still to be on the ... more

The Estonian government announced on August 13 it has allocated €500,000 to update the state portal, following last month's cyber-attack which saw a lone individual gain access to close to 300,000 ... more