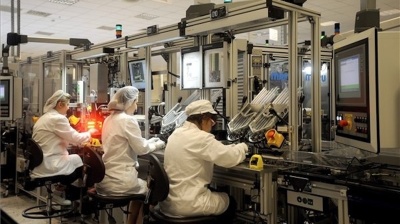 Hungarian GDP may have increased by 2-3% in Q1 but in the following quarter it may plunge 20% due to the almost complete shutdown in the service sector and suspension of production in the vehicle industry, according to a forecast by economic researcher GKI, which gave no specific target in its annual forecast given the uncertainties as to how long the coronavirus (COVID-19) epidemic would last.

There is a widespread recognition across the world that stopping the outbreak can only be achieved by radically limiting the movements of people, which necessarily entails a temporary downturn in the economy as well as a recession, as it seriously affects both global production chains and consumer demand, both physically and through expectations.

Central banks have begun to lower their key interest rates, and governments to loosen their fiscal tightening and announce huge rescue packages.

The European Commission has announced plans to set up an investment initiative in the amount of €37bn to deal with the spread of coronavirus. Under the proposal, the commission will relinquish its obligation to request member states to refund unspent pre-financing for the structural funds. As Hungary has already provided companies with advance payments from cohesion funds, this assistance cannot be used by the Hungarian government, GKI said.

International and domestic economists are revising their growth projections on a weekly basis. A recent report by JP Morgan expects a severe downturn in the eurozone in Q2, which may be followed by a rebound in H2. For Hungary,  it predicted a massive 5.6%, 8.5% and 6.9% contraction in the three successive quarters from Q2 to Q4.

In mid-March, before Hungary declared a state of emergency, the finance ministry put growth estimates in a broad range of -0.3% to 3.7%. The government has released no update since for 2020.

GKI says the main question now is whether the restrictions on the movements of people caused by the virus will affect only the second or third quarter, or even a longer period.

Under a favourable scenario, the Hungarian economy could stabilise in H2 with a 3% y/y growth. In the worst-case scenario, GKI expects that the downturn will be 6% in the second half. Under the first scenario, household consumption will decline 1%, while in the other case by 4%.

The volume of investments will fall by 8-10% this year. The biggest losers among the sectors are tourism and entertainment. While panic buying has temporarily boosted the sale of essential products, sales of other items were significantly reduced due to import problems, domestic supply constraints, compulsory store closures and weakening retail purchasing power.

GKI expects a plunge in international transportation due to border closures. Companies integrated into global supply chains will feel the pain, which will feed into the SME sector, it added. Hungary's industrial sector is expected to decline by 5-10%.

In the financial sector, waiving loan repayments will significantly deteriorate the liquidity of banks. This is less damaging than what would otherwise come with the mass bankruptcy of otherwise viable businesses and the permanent crisis of many families, GKI said.

The labour market will see a contraction after strong growth in the last few years.

Firms employing skilled staff will try to cut other costs while keeping their workforce, but businesses facing liquidity shortages will resort to lay-offs. Self-employed people and those working at SMEs are at risk.

The government has announced plans to radically overhaul the 2020 budget. The total amount of fiscal readjustment would amount to HUF3 trillion, according to Finance Minister Mihaly Varga, which amounts to 6-7% of the GDP.

Following the footsteps of other EU countries, the government has recognised that preserving the solvency of companies and the public is key to preventing the crisis from spiralling out of control. The budget deficit targeted at just HUF367bn or 1% of GDP will likely surpass the 3% target as the EU suspended budget rules to help member states to cope with the economic impact of the pandemic, according to the forecast.

GKI fears that the deficit will be much larger, requiring the involvement of foreign financial sources in addition to those provided by the banks that have been hit by a moratorium and households in distress.