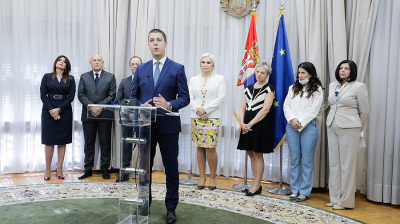 The European Bank for Reconstruction and Development (EBRD) is extending a €40mn loan to Serbia’s electricity distribution company, Elektrodistribucija Srbije (EDS), to finance the roll-out of smart metering infrastructure.

The loan proceeds will be used for the first phase of smart meter deployment, such as the installation of software and hardware, and integration of the new system. Around 205,000 smart meters are expected to be installed in the cities of Kraljevo, Cacak and Nis, said an announcement from the Ministry of Finance.

The signing of the contract was attended by Minister of Mining and Energy Zorana Mihajlovic. She pointed out that Serbia is making losses in the distribution network in the amount of around €200mn, and added that installing smart meters is one of the ways to reduce those losses. She said that smart meters will reduce carbon dioxide emissions by about 5,000 tons a year, and will also help those who will produce and consume electricity from solar panels.

Sasa Stevanovic, state secretary at the Ministry of Finance, and Nandita Parshad, managing director of the EBRD’s Sustainable Infrastructure Group, signed the agreement on the state guarantee for the smart metering infrastructure project on September 14.

“We have signed the Agreement on Guarantee of the Government of the Republic of Serbia and the EBRD as well as the Agreement on financing the first phase of the project for smart meters with a total value of €40mn. In this way, we have made one of the most important steps in the realisation of the most important goal of the energy policy of the government of Serbia, which implies the introduction of a new way of measuring electricity consumption,” said Stevanovic.

“One of our key priorities for Serbia in the energy sector is to introduce technologies which can improve energy efficiency and reduce the country’s emissions intensity, and we are glad that this investment with EDS will bring us a step closer to reaching these objectives,” said Parshad.