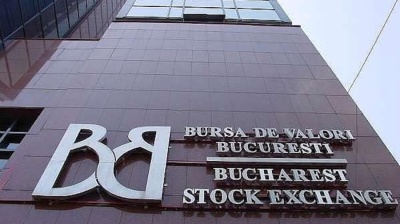 Romania's is the second-best performing stock market globally since the end of 2016.
By Tim Umberger East Capital's deputy head of Eastern Europe January 26, 2020

It is now over a year since the Romanian government, in December 2018, unexpectedly introduced draconian taxes across different sectors, which – together with proposed rules that would have had devastating effects on the private pension system – sent the local equity market into a tail spin, causing a drop of almost 20% in the course of just over a month.

Only the very brave would have believed that Romania could end 2019 as one of the best markets globally. But this is exactly what happened: total return for the market for the year stood at a staggering 39.5% ($), behind only Russia and Greece. While returns of this magnitude could suggest limited upside going forward, we believe the long-term investment case for Romania remains highly appealing.

We were in Bucharest four times in 2019, meeting companies and authorities, including representatives of National Bank of Romania, where we took this photo in September.

When discussing convergence of Eastern European countries towards Western Europe, Romania is often overlooked. But it is perhaps the best example of the catchup process taking place in the region. Over the last decade, the economy grew at 4.3% p.a.on average, substantially outperforming all regional peers (and the Euro area as a whole, which only managed to grow at 1.9% p.a.). Romanian GDP per capita will effectively double in 2020, to €11,800, vs. €6,000 at the end of 2007 (with only a small part of this being due to the somewhat shrinking population). While the numbers are impressive, the economy has a long way to go, as current GDP per capita accounts for 81% of the Polish, 56% of Czech, and just 32% of the Euro zone level.

The growth of the past decade has been largely fuelled by increasing consumption, which in turn was driven by high wage growth and low unemployment. Wage hikes in the private sector were partially aimed at improving the migration balance, which is slowly turning positive. The flip side of the story is that macro imbalances were gradually building up, in particular, the fiscal deficit, which is estimated at 4% of GDP in 2019, and the C/A deficit. The new transition government that has been in place since November 2019, and will be until the general elections in 2020, will have to tackle those issues by curbing fiscal spending and attract more FDIs.

However, the start point remains favourable, with debt levels among the lowest in Europe. For example, the government debt to GDP remains very modest, at 35%, meaning that the policy makers can allow for a gradual consolidation that would not significantly derail the economy. The key focus for the government should be on improving infrastructure and attracting more FDI that would strengthen the competitiveness of the local economy. The private sector remains in good shape.

A friendly tax regime with favourable 16% corporate tax, a well-capitalised and functioning banking sector and local interest rates that are still poised to compress – 10 year government bonds are currently yielding 4.4% in local currency – bode well for future GDP growth, which could, in our view, remain above 4% for the next 5 years.

Apart from a temporary scare in late 2018 and early 2019, the Romanian equity market has performed steadily for the last few years. Romania is the second-best performing market globally since the end of 2016.

We have been investing in the country since 2002, and consistently advocate better governance and more effective capital allocation in Romanian companies. One of the reasons behind the strong performance of the market in recent years has been a government decree introduced in 2017, calling for a 90% dividend payout from the state-owned companies. While not mandatory, we were pleased to see Romanian companies largely accommodating the proposal, and many private companies also increasing dividend payouts substantially. As dividends are paid from recurring cash flows, the leverage of most companies has not increased. We expect a dividend yield for the index for 2020 of 8%, among the highest in our universe, and clearly extremely appealing in the world of ultra-low global yields. The market trades at an attractive valuation of single-digit P/E of 9x, backed by solid economic growth, and is poised to test new highs in 2020.

The good news for investors is that the opportunity set also expanded. After years of absence, IPOs on Bucharest Stock Exchange during the last 3 years have broadened the range of investment opportunities in different sectors that are directly exposed to domestic economy. Some examples are: a leading private healthcare company (MedLife), a leading cable & telecom operator (Digi Communications), one of the leading wine producers (Purcari Wineries), and a chain of fast food restaurants (Sphera Franchise Group). While typically small and less liquid, these companies are characterised by solid revenue growth that in most cases exceeds 25%.

The market also has the support of local investors. Although the participation of domestic retail investors is still fairly limited, local pension funds create a decent base for the local equity market. As of H1 2019, the total assets managed by private pension funds (mandatory and voluntary) in Romania had reached €12bn, up almost 26% y/y, according to data released by the Financial Supervisory Authority. With concerns around the dismantling of the pension system largely gone after the new government reversed the decrees introduced in late 2018, the steady inflow into funds will continue and therefore the local institutional investors will play an increasingly important role in the market going forward. At the moment, the size of pension funds’ assets is a mere 5.8% of GDP, only a fraction of Western European levels, but is expected to increase significantly over the next 5 years. As a result of improved liquidity and increased market capitalisation in recent years, the Bucharest Stock Exchange has been promoted to emerging market status by FTSE Russell in September 2019, but is still a frontier market according to MSCI.

What can go wrong?

The key risks associated with the country include an unpredictable and imprudent budget and fiscal policy, grappling with the fallout from the continuing anti-corruption efforts and demographics. Economic policy makers need to tackle the challenges in a clear and predictable manner without disturbing financial markets with unexpected, unfriendly actions like those we witnessed towards the end of 2018. In the longer run, the country will have to attract more investments to escape the middle-income trap, seen so often in the countries that have reached the level of development Romania is currently at.

ING: Russian budget spending plays catch up in January
2 days ago
TRACE: A closer look at corruption risk in the western Balkans
9 days ago
ING: Poland's growth slows sharply and the outlook is poor
21 days ago
ASH: Putin moves from "Fortress Russia" to "Go for Growth"
21 days ago
AFC Capital: Uzbekistan’s antiquated banking sector must wake up to invest-to-compete principle
23 days ago