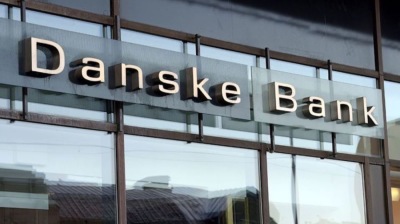 Danish Danske Bank is the latest foreign bank to pull out of Russia after it was rocked by a multi-billion dollar Estonian money laundering scandal
By Jason Corcoran in London August 2, 2019

Danske Bank has outlined plans to quit Russia by January next year after the Danish bank was rocked by allegations its Estonian branch was involved in a mind-boggling $230bn money laundering scandal, bne IntelliNews can reveal.

In a memo to his contacts, Russia Country Manager Edvin Kornelius yesterday said “goodbye to our Moscow corporate team” as well as part of the bank’s remaining St Petersburg personnel. Kornelius said the remaining Moscow-based clients will be supported out of St Petersburg until the lender’s full closure in January next year.

“Preparations for voluntarily and orderly closure goes on time with about 100 corporate customer groups remaining out of 325 six months ago,” said Kornelius, who has been in charge of the Russia operation since 2006.

The lender plans to continue the winding-up process without deal and request the Central Bank of Russia (CBR) to take back their banking licence in the Autumn.

“Subject to and following the CBR's consent, we plan to finalize the operation’s closure not later than end of January 2020,” added Kornelius. “We are thankful to both Danske’s Moscow and St Petersburg teams for their dedicated and professional work, consistency and persistent customer focus and support under stressful circumstances demanding to off-board valuable Group customers in Russia under time pressure !"

If confirmed then Danske would be the latest in a growing list of foreign owned banks exiting Russia. Danske has already closed its beleaguered Estonian business. That business was accused of laundering money for Ukrainian arms traders in North Korea and Iran amongst other things.

Danske had about 75 employees in Russia, primarily operating out of Saint Petersburg and with a small representational office in Moscow. The majority of its customers are Nordic corporates and businesses, along with a few international corporates with a solid Nordic footprint.

Registered by the CBR in November 1996, Danske has been a rather inconspicuous pillar of the Russian banking system until very recently. From 1996 until 2005 the bank’s name was ZAO “First Shipping Bank” and it was located in Arkhangelsk.

By the beginning of 2006, the lender changed its name to ZAO “Profibank” and was moved to St Petersburg. In August 2006, Finland’s Sampo Bank became the main shareholder until Danske acquired the operation a year later and changed the name to its current form.

Danske began to emerge from the shadows of its bigger European counterparts in 2014 when whistleblower Howard Wilkinson provided evidence in 2014 that the Danish lender connived with customers to launder money.

Wilkinson, who had been head of Danske Bank’s trading unit in the Baltics from 2007 to 2014, sensationally revealed how the Estonian branch was used to launder billions of dollars stemming from Russia, Ukraine, Moldova, and other post-Soviet states, with the participation of Deutsche Bank as well as Finnish, Swedish, Norwegian, and Latvian lenders.

The money was allegedly channelled from front companies — mainly English and Scottish Limited liability partnerships — that were used by the Russian intelligence services, relatives of Russian President Vladimir Putin, the former Ukrainian President Viktor Yanukovych and many wealthy oligarchs in the post-Soviet space.

Wilkinson’s US lawyer, Stephen Kohn, wrote to the Danish prosecutor in July, demanding a criminal investigation into allegations that Danske took retaliatory steps, attempting to infringe upon Wilkinson’s private life.

Danske Bank has said it is impossible to say how much of the gigantic sum was dirty money, but confessed that many of the suspicious transactions could be "criminal".

Of the around 15,000 accounts under investigation - which Danske Bank closed in 2015 - 6,200 are considered suspicious and most of them have been brought to the attention of the authorities.

The bank has been unable to specify exactly where the money came from but admitted that 23% of the incoming funds were from Russia.

Danske’s shares have shed half of their value since the start of 2018 as the scandal has reverberated throughout the Nordics and the Baltics.

The money laundering allegations are linked to a fraud case exposed by the Russian lawyer Sergei Magnitsky, who was jailed in Russia after he revealed the involvement of several high-ranking Russian officials in stealing massive tax payments from several companies, including the investment fund Hermitage Capital.

Magnitsky died in 2009 aged 37 after being held in a Russian jail for a year, where he was denied medical care.

Bill Browder, founder of Hermitage Capital who employed Magnitsky, told this journalist in April that there has been $1 trillion capital flight from Russia over 20 years and “most of that money is of dubious origin,” according to Browder.

His investigations into the $230mn Hermitage tax fraud has pinpointed how banks with units in the Baltics, such as Danske, Swedbank and Nordea, helped to launder the proceeds of the same tax fraud.