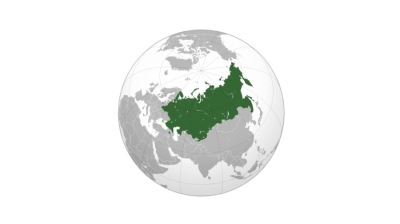 There are many great companies in Russia and many more that cater to its large market, but by helping companies in Emerging Europe expand internationally and reduce the share of their Russian business you can dramatically increase their valuation, says private equity fund Da Vinci Capital
By Ben Aris in Berlin July 18, 2021 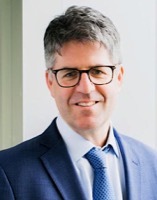 Da Vinci Capital, one of Russia’s biggest private equity investors, has been helping its portfolio companies to build up a more international business that will increase their valuation. Now it has launched a new fund that invests into companies from the whole Emerging Europe region, but explicitly avoids Russian companies.

At the same time part of its investment strategy is to take western companies and bring them into the region to take advantage of the deep pool of highly talented labour available that work at much lower cost.

Da Vinci is a veteran of the Eastern Europe investment business. It played a key role in the capital market reforms in Russia in 2012 that hooked it up to the international settlement system and gave investors around the world direct access to stocks and bonds, making its investors a bundle in the process.

Now ithas just had a first closing on it Da Vinci Capital III fund (DVCIII), raising $90mn, and hopes to increase that to $300mn over subsequent rounds.

With economies around the world bouncing back, western equity markets overbought but emerging equity markets starting to recover, the interest amongst investors is palpable.

The German development bank DEG (Deutsche Investitions- und Entwicklungsgesellschaft) is the anchor investors with $35mn, but it has been joined by the Kazakhstan’s Kazyna Capital Management (KCM), a fund of private equity funds to promote the development of the republic, as well as Samrik-Kazyna, the country’s sovereign wealth fund, as the core investors in DVCIII’s first round. In addition there are a number of private investors and funds and more are expected to come in in the subsequent funding rounds.

“There are another 22 private investors that have joined and other development financial institutions,” says Dennis Fuller the fund’s managing director in an exclusive interview with bne IntelliNews.

The DVCIII fund is targeting growing companies across Emerging Europe but it specifically excludes Russia.

“It’s mainly the result of the mandates of some of our development financial institutions investors. For example the International Financial Corporation (IFC) is one of the investors and it is not allowed to invest into Russia,” says Fuller. “But that is not a problem as there are plenty of great prospects from across the region. We have plenty to do.”

Having development banks in the fund is a boon as it gives them some measure of political cover and better access to the government. It also encourages the limited partners (LPs) to invest as risks are reduced.

“DEG was already a co-investor in our second fund in Ukraine, but not an LP,” says Fuller. “This time it has come in as an anchor investor.”

The exclusion of Russia is specific to the third fund, but it was already a theme in the second Da Vinci Fund. Four years ago it bought a 20% stake in Russia based software reseller Softline that bne IntelliNews recently profiled, and helped the company move beyond its core Russian market to great effect.

“We are the only independent stakeholder and we helped to deRussify it,” says Fuller. “When we bought in about 80% of its business was Russian, but now its has fallen to around 60%. We helped them with M&A of international companies and now it operates in 55 countries. The company is getting ready for an IPO in October, a dual listing in London and Moscow.”

The deRussification of DVCIII portfolio companies is both profitable and strategically appealing to the owners. The fund is allowed to invest into companies that work with Russia as long as Russia makes up less than half their business.

“The problem most owners face is they are constrained in their own markets,” says Fuller. “They may be looking for a strategic or foreign investor exit, but its not there. Most of the exits are domestic to domestic and that limits the liquidity available. We buy a company and help it to become international. If you lower the share of Russian business you increase the valuation – even if the Russian business is strong.”

“Challenger Bank that is based in the UK and wanted to move its technical production to the Ukraine as it is cheaper,” says Fuller. “Our investment was to take them there. You know these markets are difficult to work in and so a company like that needs our help.”

The bank currently has its tech section based in Portugal, but sees that it can get the same work done at a fraction of the cost in Ukraine.

“We will look at anything that is transformative. However, cloud services is where transactions is where its going and that business is growing exponentially. We want exposure to that,” says Fuller.

Other related business that DVCIII is looking at investing into is firewall development ad anti-hacking software, which Fuller says are also growth sectors.

Another advantage of Eastern Europe tech is there is no infrastructure gap to bridge. Fuller says that the technicians in Eastern Europe are as good as, “and probably better,” than their peers in the West.

Russia remains the powerhouse economy of the region and already has a sophisticated and rapidly developing tech sector. As bne IntelliNews reported Russia’s e-commerce is booming. However, there are plenty of opportunities in other markets in the region. Fuller highlights Turkey, Kazakhstan, Romania, Ukraine and Belarus in particular.

“We have no problem building a pipeline. We are looking to invest $10mn-$20mn and we have some 12 deals in the pipeline at this level, including in Kazakhstan,” says Fuller.

Kazakhstan has a small population of only 17mn but thanks to its oil business the per capital income is on a par with Russia’s and two to three times higher than in the other countries of Central Asia.

“SME lending in Kazakhstan is taking off and its first branchless bank is just setting up,” says Fuller of one of the fund’s investments. “It is a proven business model and Kazakhstan could become a tech hub for the whole region.”

Another country that DCVIII is investing in is Belarus, despite the political crisis there. As bne IntelliNews has reported, Belarus has a large and vibrant IT sector that is still functioning, albeit under very difficult conditions.

“We are looking selectively at companies, and at a document authorization software company in Belarus,” says Fuller. There is also an interesting data art investment in Romania and the Balkans also has some interesting companies.