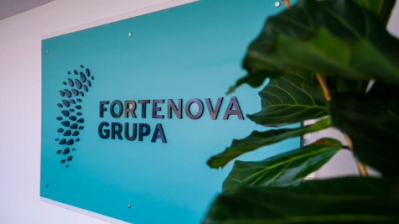 The Croatian authorities are expected to recommend to the European Commission to put under sanctions two local businessmen who were allegedly involved in the sale of the 43.4% stake in the country’s largest private company, Fortenova Group, local daily Jutarnji List reported, quoting unnamed sources.

Fortenova Group is the successor of bankrupt concern Agrokor, which started its business operations in April 2019. At the time, Agrokor’s debt to Russian Sberbank was turned into equity. Following international sanctions imposed after the invasion of Ukraine, Sberbank has been seeking to sell its stake.

Earlier in November, local media reported that Sberbank had sold its stake to Saif Alketbi, a private investor from the United Arab Emirates. According to Indikator.ba, the stake was sold for €250mn. There was no official confirmation of the value of the deal.

Jutarnji List reported that the Croatian foreign ministry is gathering evidence of violations of EU sanctions in the deal and is expected to recommend to the EC to include the two local businessmen, Kresimir Filipovic and Miodrag Borojevic, on the list of sanctioned people. The two businessmen are believed to be in Dubai at present.

Croatia is also expected to recommend sanctions for the Dutch-registered company SBK ART, a company owned by Sberbank that holds its stake in Fortenova Group.

In September, the Croatian government said it would block the first attempt by Sberbank to sell its stake in Fortenove Group, to Hungarian investment fund Indotek Group. At the time, Croatia’s Prime Minister Andrej Plenkovic said he would personally block the deal over suspicions that the investment fund’s owner Daniel Jelinek “is just a cover for the untransparent Hungarian capital linked directly to [Hungarian Prime Minister Viktor] Orban.”

Croatia then agreed to provide all necessary permits for a second attempt to sell the Sberbank stake, with the potential buyers being pension funds. However, representatives of the German Allianz in the AZ Fund’s supervisory board stopped the transaction, according to information from Fortenova Group.