COMMENT: Does Germany hold the key for Albania’s accession to the EU? 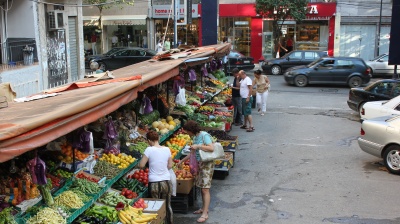 Albania has made a lot of progress in reforms needed to join the EU
By bne IntelliNews April 10, 2018

The European Commission's new progress reports for the six Western Balkan countries, including Albania, are expected next week. Crucially, they will evaluate performance against delivery of the required and important reforms expected and the current status of political and economic development. The reports will give clear guidance from the EC on their recommendations for the way forward for European Union (EU) enlargement to the Balkans.

Negotiations are already well advanced for Montenegro and Serbia, where further progress is needed in respect of reform of the judicial and legal systems, and a possible entry date of 2025 has already been talked about.

One possible way forward would be for these countries to follow the regional lead of Albania in implementing wholesale reform of their legal systems. Albania is currently going through a major transformation of the vetting and appointment system for judges and prosecutors, under the scrutiny of international monitoring. There are other country specific issues that will need to be addressed for Bosnia, Kosovo and Macedonia, but for Albania the EU has acknowledged solid achievements with their reform efforts and progress on their accession path.

The critical question for Albania now is whether or not the EC will recommend opening the EU accession negotiations with the country. The Bulgarian Presidency of the Council will attempt to give Western Balkan enlargement a boost when it convenes a special summit on May 17 in Sofia, to be hosted by Bulgarian Prime Minister Boyko Borisov and chaired by EC president Donald Tusk. A final decision on the way forward is then expected to be taken at the European Council summit in Brussels on June 28-29.

Albania has already received solid praise for the progress made in the fields of foreign policy, security policy and justice reform, and has shown energy and dedication both in implementing reforms and in their aspiration to embrace European ideals. Speaking in the European Parliament last month, the High Representative for Foreign Policy and Vice-President of the European Commission, Federica Mogherini said: "We need that kind of energy, this pro-European energy inside the Union exactly to remind ourselves what it is about."

But a decision to open EU accession talks is by no means guaranteed, and there remains much political work to be done to convince the populists and eurosceptics in EU Member States who are arguing against expansion of the EU. The European Parliament is generally firm and united in its vision to support the enlargement process, and there is broad cross-party agreement that the Parliament should rally behind the recommendation of the European Commission when it is published. But at member state level, the issue is still highly controversial.

This is particularly true in Germany, where national politics are dominated by cross-party consensus, and where the Federal Government will be influential in the organisation of a further Western Balkan summit under the Berlin process on July 10 in London.

Johannes Singhammer of the Christian Social Union (CSU) in Bavaria knows Albania well. For many years Bavaria and the CSU have been engaged with Albania ever since it was first designated as a potential EU candidate in 2000. "We must not disappoint the people of Albania,” he says, “a new generation has grown up with the hope of a future as an EU citizen. Reforms have been started and advanced.”

Albanian Prime Minister Edi Rama also talks of mutual self-interest with benefits for both parties. He has called for support for the opening of EU accession talks in order to inject some dynamism to the whole process, and help Albania build a better future for its people.

He stresses that the opening of talks would deliver a motivation that would keep everybody in Albania working together towards the country’s strategic vision for an EU future, and he talks of the accession negotiations as having a transformational effect for Albania and its citizens; “It’s important to recognise that Albania is serious in its European vision and conviction,” he says.

THE VIEW FROM MITTELEUROPA: Surviving on life support – Belarus, sanctions and path-dependency
4 hours ago
COMMENT: Time to end Putin's impunity
3 days ago
COMMENT: CEE national recovery and resilience plans – the focus, the gaps and what comes next
4 days ago
MOSCOW BLOG: Primary rehearsal
7 days ago
ING: Hungary seems all set for a record year in 2021
7 days ago