COMMENT: Civilians are paying the price for the fighting in east Ukraine 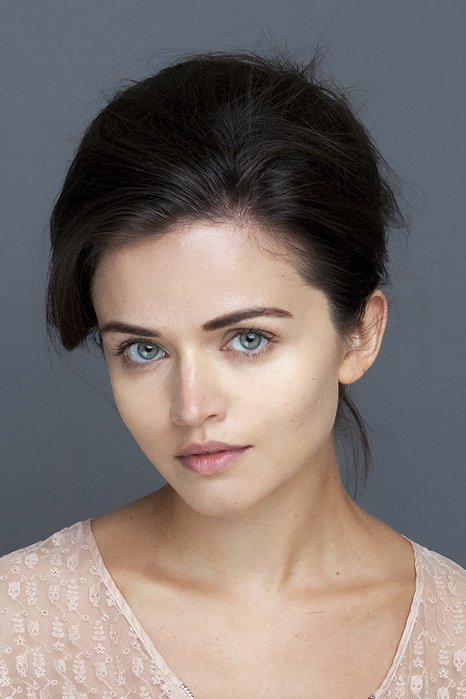 “The lawgivers and founders of mankind, starting from the most ancient and going on to the Lycurguses, the Solons, the Muhammads, the Napoleons, and so forth, that all of them to a man were criminals, from the fact alone that in giving a new law, they thereby violated the old one, held sacred by society and passed down from their fathers, and they certainly did not stop at shedding blood either, if it happened that blood (sometimes quite innocent and shed valiantly for the ancient law) could help them."

On the 5th August 2014 the UN’s Security Council issued a briefing about the humanitarian situation in Ukraine, where the government has been fighting anti-government rebels, who are now occupying the cities of Lugansk and Donetsk; 3.9m people live in areas directly affected by violence, with significant damage to infrastructure, limited water and power supply, reduced access to medical care and basic services.

There are 117,910 people registered as internally displaced throughout Ukraine and 168,677 Ukrainians are registered as having crossed into the Russian Federation as refugees. For those that remain in Donetsk and Lugansk, the problems of daily survival are exacerbated not only by threat of abductions and tortures, as reported by Amnesty International in their June report Abductions and Torture in East Ukraine, but also by a very direct risk of being killed.

Since the beginning of the anti-terrorist operation in mid-April, at least 2,086 have been killed and nearly 5,000 wounded. (Reuters 13/08/14). As Human Rights Watch investigator Ole Solevang explains in one of his reports : "One reason why so many civilians are getting injured and killed is the use of unguided rockets in populated areas." Both sides deny responsibility, but in four attacks against populated areas that Human Rights Watch investigated in Donetsk, the evidence strongly indicates that "Ukrainian government forces were responsible," the report said.

The use of indiscriminate rockets in populated areas is extremely dangerous as they are imprecise and cannot be relied upon to accurately strike military targets. However, it appears that civilian homes and public buildings are hit not because of imprecision and accident, but as a result of intentional shelling. Back in June, when I interviewed an independent American witness in Kramatorsk, he attested that the Ukrainian Army targets residential and public buildings and just shells them repeatedly.

The latest HRW report supports this testimony: "Explosive weapons such as artillery shells and unguided rockets have struck at least five hospitals in eastern Ukraine since June 2014, killing at least two medical staff ... circumstances of the attacks, most of which took place in insurgent-controlled areas under attack from government forces, suggest that government forces were responsible… Often no warning siren is used and shelling lasts for a long time, between 10 minutes and hours, with patients having to stay in cellars up to two days in a row.

As HRW warns: "The use of Grads in populated areas is a violation of the laws of war, and repeated attacks like those we documented could amount to war crimes."

Now that the The Red Cross has made a confidential legal assessment that Ukraine is officially in a war, according to a Reuters report, "both sides become combatants with equal liability for war crimes." However, Ukraine's supporters in Washington, Brussels, and elsewhere in Europe are in no hurry to demand that Kyiv's government stops using Grad rockets.

Any concern for international humanitarian law seems to be out of the question when it does not support Western interests. While the press was busy bashing Russia as potentially responsible for the downing of MH17 (something for which no concrete evidence has been provided yet – the MH17 Inquiry results will only be published early September tmt-go.ru/505122), Kyiv not only didn't halt their use of Grads, they ratcheted it up. As UN human rights spokeswoman Cecile Pouilly told Reuters, if up until July on average 60 people a day have been killed or wounded daily, the figure rose to at least 70 people in the first week of August. And the UN reported on August 13 that the death toll in Ukraine has doubled in the last two weeks. (http://www.theguardian.com/world/2014/aug/13/un-escalating-trend-violenc...)

When in July Kyiv used OTR-21 Tochka ballistic missiles, also known as SS-21 “Scarabs,” in eastern Ukraine according to Russian government-backed media reports (http://rt.com/news/177856-missile-rocket-systems-ukraine/), their use was explained on CNN as "Ukraine using it's right to defend itself." The Western press has ignored this use of ballistic missiles almost entirely, even though in the past deposed Libyan leader Coronel Gadaffi was condemned for using them against his own people. Has our conscience in the West shifted so much that even the use of heavy ballistic weapons against urban areas still populated by civilians is now totally acceptable when done by our ally, Ukraine?

At the time of writing this article, the killing of civilians is so accepted and normalised, the argument mulled over in the press is not whether they should be killed or not, but rather whether those who remain standing should or shouldn't be helped. Russia has sent a convoy with humanitarian aid, but Ukraine announced that they will not allow it into the country, promising to pack up its own convoy - one hand kills, while another feeds. The press is busy thinking up ulterior motives for Russia's offer of help, rather than acknowledging that East Ukraine is now in humanitarian crisis and civilians are in need of urgent help.

As crimes against humanity committed by the Ukrainian army on the population of East Ukraine are underreported and not condemned by any of Ukraine's supporters in Washington, London and Brussels, Kyiv effectively has been given the green light to continue their brutal repressive campaign. This moral failure is something that the West will not be able to undo or atone for easily, but with the public comfortably acclimatised to indiscriminate violence as long as it's used against those whose political views are perceived to be un-Western, it's likely that there will be no need for atonement anyway, at least for those who are comfortably navigating only the Western view of this war.

As long as there is an implicit understanding that the war in Ukraine is fought to establish a new unspoken law, which will prevent Russia from exerting influence over its neighbours, thereby weakening its global power, East Ukrainian bloodshed, regardless of the final number of casualties, will be inherently justified in the West. It will be ignored that at least half of those people dying actually want to keep close links to Russia - the West chooses democracy only if the desired outcome is guaranteed, otherwise it's the rule of the gun that still reigns in our 'enlightened' world.