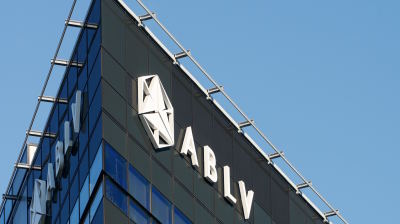 ABLV has decided on self-liquidation.
By bne IntelliNews February 27, 2018

The high ratio of non-resident funds on the liability sheets of several Latvian banks is prompting questions about the stability of the banking sector in the Baltic state after the third-largest lender ABLV Bank collapsed over the weekend.

ABLV relied heavily on non-resident deposits for funding and its swift failure has now put other banks of similar type into focus for their vulnerability to “negative external perceptions”, Moody’s wrote in wrote in reaction to the collapse of ABLV on February 26. The Latvian banking system has a long history of providing a safe haven for money originating from dubious sources in Russia and other post-Soviet states.

“Although the developments are credit negative for all banks, those that rely more heavily on non-resident deposits to fund their operations are the most vulnerable, including ABLV, Rietumu Banka, and Norvik Banka,” Moody’s wrote.

Rietumu’s business model is “geared toward affluent international individuals, and as of year-end 2016 62% of its total lending was to borrowers in countries that are not part of the OECD,” Moody’s said. “We believe [that] infers a high degree of non-resident deposits,” the ratings agency said.

Rietumu is a top five Latvian bank with a 12% assets share, while Norvik is the eighth largest banks at 3%.

On the other hand, Moody’s noted, Citadele – Latvia’s sixth largest bank by assets – has reduced its exposure to non-resident deposits and is “well positioned” to withstand pressure.

However, it is not just perceptions that put Latvian lenders at risk. Authorities had to step in a few times in the last two years to react to the Latvian banks’ suspicious dealings.

For example, a French court fined Rietumu €80mn in July for its role in a tax dodging scam that removed at least €200mn from the reach of the French tax authorities. In March 2016, the Latvian Financial and Capital Market Commission (FKTK) pulled the license of Trasta Komercbanka for involvement in money laundering.

A June 2016 report by the Organized Crime and Corruption Reporting Project (OCCRP) claimed that Latvian banks advised customers on how to use bogus offshore companies to launder money or evade taxes.

ABLV Bank folded after the US Treasury’s Financial Crimes Enforcement Network (FinCEN) said earlier this month that the bank was taking part in money laundering operations as well as transactions traceable to the North Korean missile programme. ABLV denied the allegations.

After a run on the bank’s deposits, the European Central Bank (ECB) said ABLV should be wound up and saving it was not in the public interest.

Meanwhile, ABLV decided on self-liquidation on February 26, the beleaguered lender announced. “ABLV Bank believes that in this way, it will be best able to ensure the protection of its assets to settle with all customers,” the bank said.

For now, the banks’ deposits remain unavailable on the orders of the FKTK. Deposits are guaranteed up to €100,000 in line with EU law and paying them back to owners could cost he Latvian budget around €470mn, it has been estimated. At the end of the first half of last year, ABLV’s assets were worth nearly €3.9bn, according to data from Standard & Poor’s.

The repercussions of the ABLV's collapse appear to be limited at the moment and there is little to indicate other banks could be engulfed. However small ABLV is on EU scale, its demise has highlighted a gap in the ECB's supervision capacity.

"Despite persistent evidence of poor compliance among Baltic banks, local regulators and the ECB appear to have been blindsided by ABLV’s collapse," Reuters' Lisa Jucca wrote in a comment.