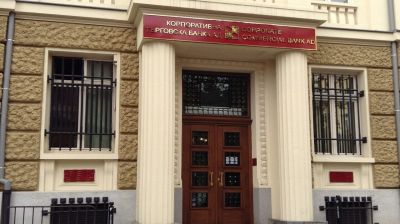 Vassilev is the majority shareholder of bankrupt Corporate Commercial Bank (Corpbank), through which billions of taxpayers’ levs are suspected to have been siphoned off.
By bne IntelliNews August 6, 2017

Controversial Bulgarian businessman Tsvetan Vassilev has hired a US law firm to help him apply to be considered under the Global Magnitsky Human Rights Accountability Act, a law passed by US Congress that allows the government to impose sanctions in retaliation for human rights abuses and corruption, The Hill reported.

Vassilev is the majority shareholder of bankrupt Corporate Commercial Bank (Corpbank), through which billions of taxpayers’ levs are suspected to have been siphoned off. In July, the Bulgarian specialised prosecutor’s office filed indictments against 18 people, including Vassilev, over the collapse of Corpbank.

Now Vassilev is trying to become the first case considered under the Magnitsky Act and has hired the Washington firm JWI Inc, signing a $50,000 six-month contract, to help process his application.

The indictments concern crimes suspected to have been committed in the period January 2008 – June 20, 2014. Vassilev is charged with leading an organised criminal group. One of the indictments is for embezzling BGN2.56bn. Another is for embezzling local and foreign currency worth BGN205.9mn, taken from Corpbank’s vault. So far, Vassilev has denied any wrongdoing.

The prosecutors are also charging two former Bulgarian central bank (BNB) deputy governors and another BNB official, all from the central bank’s banking supervision unit. The banking supervisor is accused of failing to detect and eliminate the practice of extending loans to related parties.

In March 2016, Bulgaria’s commission for the withdrawal of criminal assets (KONPI) filed a BGN2.2bn claim against the tycoon and his associates. However, the following month, Vassilev reportedly filed two counter claims against Bulgaria with the European Court of Human Rights, claiming his human rights had been violated.

Vassilev lives with his family in Serbia, which does not have an extradition treaty with Bulgaria. Courts in Belgrade have not moved to grant Bulgaria’s request to extradite him.

Vassilev’s representatives claim he was a victim of a plot organised by controversial businessman Delyan Peevski – once his business partner – and Bulgaria's chief prosecutor Sotir Tsatsarov.

In June 2014 Corpbank, then Bulgaria’s fourth largest lender, suffered a bank run that deprived it of liquidity. It was put under central bank administration and an audit showed a BGN3.75bn (€1.92bn) capital hole. As a result, the bank’s licence was revoked and it was declared insolvent in April 2015. The Bulgarian Deposit Insurance Fund (BDIF) has paid out BGN3.68bn in guaranteed deposits to Corpbank depositors since December 4, 2014.

Bulgarian group Еurohold announced that “it is engaged in advanced discussions with ... more