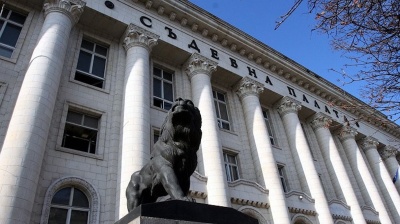 Bulgarian prosecutors have filed just 26 high-level corruption cases since January 2015 – less than 2% of all charges raised by the prosecution in that period, raising questions about the need for an anti-corruption body as proposed by both the ruling party and the opposition.

Bulgaria has been strongly criticised for its lack of progress in fighting corruption. In its report on Bulgaria in January, the European Commission once again noted that the country had failed to make any significant progress in the past 10 years. This has resulted in a lack of trust in the judicial system among Bulgarian citizens, the Cooperation and Verification Mechanism (CVM) report said.

Earlier in October, the ruling centre-right Citizens for European Development of Bulgaria (GERB) party and the opposition Socialist Party (BSP) filed their own versions of anti-corruption laws. Both include the creation of a special anti-corruption body.

According to information provided by the Sofia City Court, the prosecution has filed 1,541 claims in total since January 2015, while the total number of cases, including those requested by other institutions, was above 8,300.

The parliament is expected to back the anti-corruption law proposed by GERB which has already provoked disapproval from NGOs and magistrates. Among the most controversial proposals in the law is that magistrates from the special body will be entitled to get financial bonuses equal to six of their salaries. GERB backed this with the claim that the new body will have more work than the ordinary courts.

The law proposed by BSP also suggests establishment of anti-corruption body. The two parties are embroiled in a conflict over the rival versions, each claiming their own is better.

The debate over the rival anti-corruption laws is just one of several scandals related to judicial legislation reforms in Bulgaria since this summer.

In September, several political parties, judges and lawyers urged Radev to veto the selection of the new head of the Supreme Administrative Court (SAC), claiming that the procedure was not transparent and the choice had been pre-selected by the ruling party. Radev is due to announce his opinion later this week.

In late July and August, magistrates and political parties strongly objected to controversial reforms of two laws that are part of the ongoing judicial reforms. Parties, civil society and the organisation of magistrates asked the president to veto amendments to the Criminal Procedure Code and the Judicial System Act, but he allowed them to enter into force. After Radev allowed the two legislative changes, the Supreme Bars Council (SBC) said it will ask the constitutional court to declare controversial changes to the Criminal Procedure Code unconstitutional.

Ukraine will receive $5.5bn in support from the US later this month
10 hours ago
John Malkovich to turn Skopje into Hollywood of the Balkans
11 hours ago
Envoy says start made on construction of Turkish attack drone factory in Ukraine
20 hours ago
Huge explosion rocks Russian airbase on the Crimean peninsula
23 hours ago
Russia cuts oil flow via Ukraine's Druzhba pipeline, blaming sanctions for blocking transit payments
23 hours ago