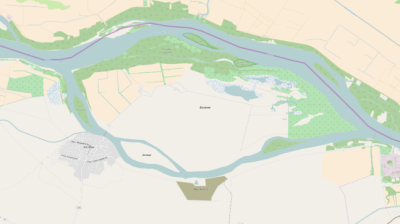 Bulgaria’s prosecution has filed charges against former energy ministers Rumen Ovcharov and Petar Dimitrov over mismanagement that led to a loss of around BGN500mn (€250mn) related to the project to build the Belene nuclear power plant, the Anticorruption Fund NGO said in a statement on February 12.

There was no official statement from the prosecution, but the NGO has published a photo of the documents.

The accusations against the two former ministers and two former executive directors of the state-owned National Electricity Company (NEC), Mardik Papazyan and Lyubomir Velkov, were raised back in 2016 when the prosecution launched an investigation.

It claims the two former ministers failed to exercise sufficient control over the executive directors of NEK when they allowed them to sign a deal with Atomstroyexport on the nuclear power plant at Belene.

The project was frozen by current Prime Minister Boyko Borissov’s first government in 2012, on the grounds it was not financially viable. After the government’s decision to freeze the project, Atomstroyexport filed an arbitration claim and Bulgaria was ordered to reimburse around €620mn to the Russian company. Borissov’s third government then decided to revive the Belene project, claiming the project is now viable.

Delyan Dobrev, a former energy minister in the first government of Prime Minister Boyko Borissov, was excluded from the charges. According to the Anticorruption Fund, there was no proper explanation for this decision as in 2016 Dobrev was charged with intentional mismanagement in connection with the ongoing investigation into suspected irregularities surrounding the then-frozen Belene nuclear power plant project.

Meanwhile, Borissov’s current government has initiated a procedure to pick an investor for the revived Belene project despite numerous objections. However, the prime minister has since said the equipment purchased from Atomstroyexport will be used for the construction of two new units at the existing Kozloduy NPP.