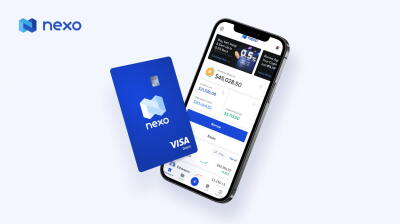 Nexo confirmed the information, saying the police did not provide a search warrant for hours and nor did they tell the company’s management what the accusations were.

Mileva said, as quoted by Dnevnik news outlet, that the police were carrying out an operation related to a large-scale financial fraud scheme. She added that the accusations include money laundering, tax crimes, unlicensed bank operations and computer fraud.

More than 300 people from several Bulgarian investigation bodies were involved in the operation.

Mileva also said that for five years the turnover of Nexo was $94bn and among its clients was an individual financing terrorist activities. She added that Nexo has been operating through many companies, many of which were just "post boxes".

Nexo commented on Twitter that the actions of the prosecution resemble racketeering.

“Unfortunately, with the recent regulatory crackdown on crypto, some regulators have recently adopted the kick first, ask questions later approach. In corrupt countries, it is bordering with racketeering, but that too shall pass,” Nexo wrote on twitter.

In a letter to bTV, the company said that it will sue Bulgaria as the authorities have not presented any official documents for the raids or for the arrests.

“We have not yet received official documents that would present any claims against Nexo. However this is being compensated with unnecessary demonstrative operation with the participation of individuals who refuse to legitimate themselves and have not shown raid warrants for hours,” Nexo wrote.

It added that people were arrested without arrest warrants and that everything that was happening was in violation of the laws.

Nexo said that it will take Bulgaria to court over the raids and this would cost the taxpayers hundreds of millions.

Nexo, founded and managed by two Bulgarians – Kosta Kunchev and Antoni Trenchev – in 2017, accepts deposits in cryptocurrencies on which it pays interest to clients. It also provides loans using cryptocurrencies as collateral.

Gbolally, Nexo operates through companies registered in the UK, Switzerland, the US and offshore destinations, according to Capital weekly.

In Bulgaria, Nexo owns NDS, a company with around 600 employees.

This is not the first case against Nexo. In September, the state of New York filed a lawsuit against the company over alleged illegal operations and fraud. Seven more US states have also undertaken legal actions against the company, ordering Nexo to stop offering its deposit products on their territory, according to Capital.

Employees claim Bulgarian Facebook moderators controlled by Russia
3 days ago
EWDN: A year in review – How Ukrainian tech resisted the war in 2022
4 days ago
Pictures of Serbian President Vucic isolated at Davos go viral on social media
7 days ago
Russia to slash AI development support
8 days ago
Romania’s Digitail raises €11mn to scale up software for vet clinics
14 days ago