Bulgaria declares state of emergency over coronavirus until April 13 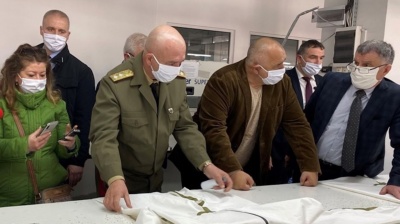 Bulgaria’s parliament on March 13 unanimously voted to declare a state of emergency over the coronavirus epidemic until April 13 upon the request of the government.

While efforts to limit the spread of coronavirus are seen as necessary, many people fear that the state of emergency could lead to a serious threat to democracy in Bulgaria, and claim it is an unnecessary measure.

The country has so far reported 23 coronavirus infections with 16 of the cases confirmed on March 12.

All political parties backed the request, which would give lawmakers the right to cut some of people's freedoms. It is yet unclear exactly what limitations the government will impose.

The country is expected to close its borders, schools and entertainment facilities, and will recommend that people work from home whenever possible.

The parliament is expected to form a new team to work on social and economic measures to support citizens and companies during the crisis.

The government is trying to find a way to financially support doctors who will deal with coronavirus patients.

The government has estimated that the situation would cost Bulgaria at least BGN3bn (€1.53bn) in lower budget revenue. According to the government’s estimations, the country could enter a deeper crisis than the one in 2008.

Meanwhile, Bulgarians are flooding supermarkets and pharmacies in an attempt to buy products and survive at home for a month.

Protective items such as face masks, hand disinfectants and gloves have been absent from the shelves for days. Drugs that some believe might help are also missing from pharmacies.