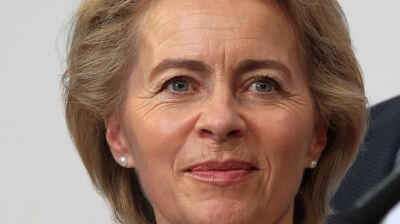 The heads of governments and energy ministers of the eight countries surrounding the Baltic Sea, apart from Russia, have committed to new volumes of offshore wind. They have also agreed to co-operate more closely on offshore wind and energy generally.

Energy ministers from Denmark, Germany, Sweden, Finland, Poland, Estonia, Latvia and Lithuania agreed to increase offshore wind seven-fold by 2030. They met at a special summit in Copenhagen on August 30.

The Baltic litoral countries currently has just 2.8 GW of installed capacity. The eight nations have now committed to increase that figure to 19.6 GW by 2030. They will consider a 2040 target at a later stage.

“The targets set at the Baltic Sea Summit would cover the energy consumption of all households in [the eight Baltic countries],” tweeted Ursula von der Leyen, the president of the European Commission, who attended the summit. “And we can do much more. Let’s make Europe a renewable powerhouse.”

"We share a great potential for offshore wind," said Danish Prime Minister Mette Frederiksen at the summit. "As long as we depend on fossil fuels, we are vulnerable."

The issue of European energy security in the wake of Russia’s invasion of Ukraine has thrust renewable energy to the fore as countries try to reduce their reliance on Russian fossil fuels. Moscow has also slashed natural gas imports to Germany, Europe’s largest economy.

Energy prices in Europe have skyrocketed, and the region could face a bleak winter, with inflation high as well. Wholesale gas prices in the EU are nearly 12 times higher than this time last year, according to reports.

Europe’s worsening energy crisis has shown the "limitations" of the electricity market and requires an "emergency intervention", Ursula von der Leyen had said earlier this week.

"The skyrocketing electricity prices are now exposing, for different reasons, the limitations of our current electricity market design," she said, speaking at a strategic forum in Slovenia on the eve of the Baltic summit.

"[Our market] was developed under completely different circumstances and for completely different purposes. It is no longer fit for purpose,” she concluded. "That is why we, the [European] Commission, are now working on an emergency intervention and a structural reform of the electricity market. We need a new market model for electricity that really functions and brings us back into balance."

Offshore wind in the Baltic has great potential. Germany and Denmark are the only Baltic countries with large-scale wind farms in the Baltic Sea, says WindEurope, the trade group.

According to the trade group, Poland is seeking 6 GW of offshore wind by 2030 and 11 GW by 2040. To the north, Finland wants to have its first large-scale wind farm online by 2026-2027 and another one by 2028. In Sweden 15 GW of projects are currently applying for permits. Some could be online before 2030. And Estonia, Latvia and Lithuania all want to commission their first offshore wind farms before 2030 too, said WindEurope.

It is crucial that the Baltic region looks into alternative energy sources. Much of the region has been dependent on Russian energy imports until recently. Installing more offshore wind will accelerate the phase-out of Russian fuel and increase the region’s energy security, the group said.

“With this declaration countries acknowledge this,” WindEurope said. “It is crucial that the Baltic region builds out [its] renewables. Much of the region has been dependent on Russian energy imports until recently. Installing more offshore wind will accelerate the phase-out of Russian fuel and increase the region’s energy security. The eight countries have explicitly acknowledged this today in their joint declarations: one at Prime Minister and the other at Energy Minister level.”

Permitting will have to be speeded up. Long bureaucratic processes slow down the realisation of projects, said the trade group. “The commitments on wind will only be delivered if the permitting rules and procedures are simplified,” it said.

Indeed, Danish Energy Minister Dan Jørgensen told the Financial Times this week that the EU must do much better regarding renewable energy permitting, and must hasten the process. The trade bloc has “sent some good signals” about easing regulatory procedures, “[but] there is still potential for us to do better”.

He added, according to the Financial Times: "It's not only about regulation but also, as public authorities, how you deal with these processes.  How do you make sure that when the contractor is doing this project, they're able to do it as swiftly as possible?"

Cross-border co-operation will also be of utmost importance. Germany and Denmark have already shown that cross-border offshore wind projects are possible with their Kriegers Flak project, WindEurope continued. And Denmark has ambitions to connect more of its offshore wind farms in the Baltic Sea to the German grid too.

WindEurope’s CEO Giles Dickson said: “The Baltic Sea will be a key part of Europe’s build-out of offshore wind. Today’s summit brings important new commitments from the eight Baltic governments.  And it’s good they recognise the key role of cross-border collaboration. This’ll be essential, especially on grid development and maritime spatial planning. And it’s important the eight countries support investments in the offshore wind supply chain and in ports and other logistics infrastructure, using the significant EU recovery funds that are available.”