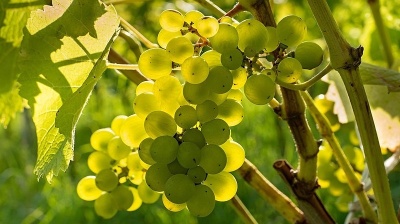 By Clare Nuttall in Glasgow November 2, 2020

Wine production is set to remain low for the second consecutive year in 2020 due to a combination of climate factors and the global coronavirus (COVID-19) pandemic, first estimates from the International Organisation of Vine and Wine (OIV) show.

The picture from the Central and Eastern Europe region was a mixed one, with drought hitting the grape crops in countries such as Romania and Moldova, while others like Hungary and Russia managed to boost production.

In the 30 countries that accounted for 84% of world wine production in 2019, production is estimated at between 253.9mn and 262.2mn hectolitres (mhl), with a mid‑range estimate of 258 mhl, the OIV said. This is up 1% compared to 2019, which also saw below average production following the exceptionally high output in 2018.

The first estimate for production in the EU is 159.0 mhl, a 5% year-on-year increase. According to the OIV, there were weather conditions for a “potentially large harvest”, but the spring lockdown affected the vine cultivation period, typically April-July. On top of that, in parts of France, Italy and Spain wine makers decided to fix vinified volumes at below the 2019 level because of the drop in demand on the global wine market.

Among the main wine producers in the eastern part of the EU, production fell by 7% each to 3.6 mhl in Romania and 0.9 mhl in Bulgaria, parts of which were also affected by drought. There was also a 7% drop in production in Croatia to 0.7 mhl and 16% in Slovenia to 0.6 mhl.

In the other major global wine producers, first harvest forecasts in the US indicate volumes in line with 2019, but uncertainty caused by wildfires might lead to further revisions, the OIV said. There has been a fall in wine production in South America, especially Argentina and Chile, caused by unfavourable weather conditions, and Australia’s crop was hit by bushfires. On the other hand, New Zealand is heading for a record harvest, and South Africa bounced back after several dry years.

“Droughts and wildfires are devastating vineyards in both hemispheres …without action the whole industry will be under threat,” Roca said.

Commenting on the relatively low level of production this year, Roca noted that it is “not necessarily bad news for the sector given that wine stocks are high and geopolitical tensions, climate change and the COVID-19 epidemic are generating a high degree of volatility and uncertainty on global wine markets”.

“The 2020 wine production will enter a market still strongly characterised by uncertainty provoked by the pandemic and its consequences. Lockdown measures in most wine producing and consuming countries had an impact on the wine sector,” Roca added.

The spring lockdown, closures and restricted openings of bars and restaurants, and the deep economic contraction in the second quarter all took their toll on demand for wine. Demand for sparkling wine in particular dropped, as there was little to celebrate and events such as weddings were either put off or small, low-key affairs.

This impact varied from country to country depending on factors such as the length of lockdown measures, halts of production, elasticity of substitution between wine and other beverages and the relevance of the retail channel in distribution as the horeca channel was temporarily shut down.

The lockdown generated recessions that also have both direct and indirect effects on the sector.

There were also disruptions to global supply chains caused by the pandemic, and together with geopolitical tensions – notably the trade war between the US and China – have resulted in a drop in international trade in wine of 6.7% in volume and 12.4% in value after many years of steady growth.

Ukraine will receive $5.5bn in support from the US later this month
10 hours ago
John Malkovich to turn Skopje into Hollywood of the Balkans
11 hours ago
Envoy says start made on construction of Turkish attack drone factory in Ukraine
20 hours ago
Huge explosion rocks Russian airbase on the Crimean peninsula
23 hours ago
Russia cuts oil flow via Ukraine's Druzhba pipeline, blaming sanctions for blocking transit payments
1 day ago