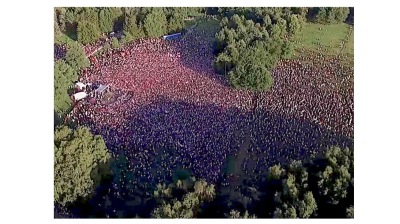 An estimated 63,000 people attended a Svetlana Tikhanovskaya campaign rally in a park in Minsk in the biggest political demonstration since the country's independence / wiki
By bne IntelliNews August 4, 2020

The authorities in Belarus have booked the Friendship Park in Minsk and say they will hold concerts there every day until August 8, the day before presidential elections, in a transparent move to prevent a second mass rally, the Minsk city government announced on August 3.

Former housewife and now leading opposition candidate Svetlana Tikhanovskaya gathered almost 70,000 supporters in the park last weekend in a move that almost certainly unsettled Belarus President Alexander Lukashenko, who is fighting for his political life in these elections.

The strongman president of 26 years is facing unprecedented opposition in this election. Tikhanovskaya is the only one of three candidates accepted by the Central Election Commission (CEC) and it is likely the authorities allowed her to run so the population could let off some steam. Lukashenko seems to have badly miscalculated. He dismissed her as “only a housewife” and she is actually standing in the place of her husband Sergei Tikhanovski, who was jailed in June.

However, Tikhanovskaya has become an inspirational figure and drawn massive support from ordinary Belarusians who are tired of Lukashenko’s rule and want change.

Tensions are rising ahead of the poll on Sunday. The government has brought in extra police and openly been running anti-riot training at an airfield outside Minsk, televising the operation in an obvious act of intimidation ahead of the poll.

The vote is widely expected to be fixed in Lukashenko’s favour. A state-ordered poll found last week he enjoys 72% of the vote, whereas Tikhanovskaya only has 7.5%. However, an independent online poll organised by a local news outlet found the “three women” – Tikhanovskaya has been joined by Veronika Tsepkalo, the wife of Valery Tsepkalo who was barred from the race and fled the country with their children, and Maria Kolesnikova, who ran the campaign of ex-banker Viktor Babariko and was jailed on money laundering charges – enjoy 61% of the vote, while Lukashenko only has 3%.

In a sign of the fears of post-election mass demonstrations and violence, Belarus' Minister of Interior Yuri Karaev recorded a video message to police officers and internal troops where he says that “the upcoming week is going to be very tough both physically and mentally,” and promises them protection. 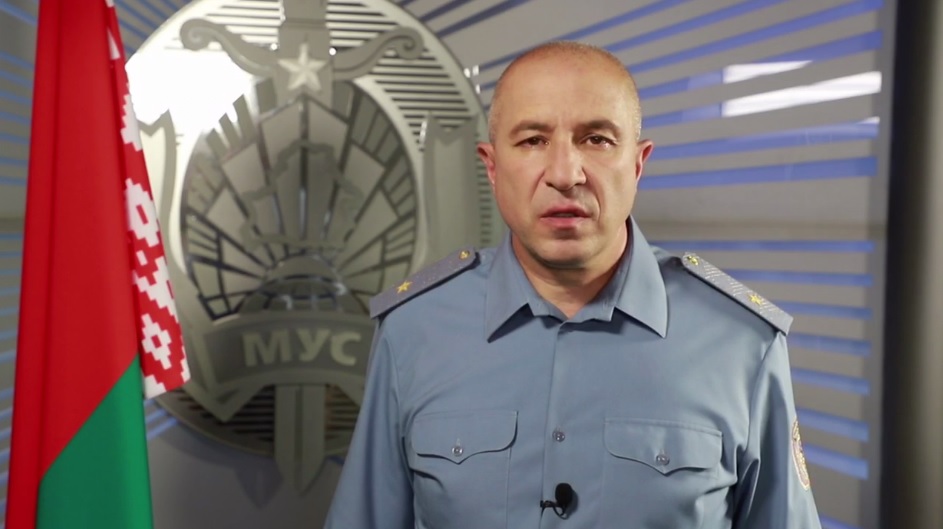 There has also been speculation that Lukashenko may be ill. He admitted last week that he has caught the coronavirus (COVID-19) and complained of feeling unwell during a televised government meeting.

He was due to give his State of the Nation speech on August 3, but the event was postponed without explanation. Postponed from April, the speech was due to be a key part of his election campaign, and reportedly will happen today on August 4.

On Saturday, Belarusian state media reported that Belarus’ FM Vladimir Makei had died suddenly at the age of 64. Makei was one of Lukashenko’s closest men and speculations abound as to what his death could mean for Lukashenko’s regime.

Twelve out of the 21 candidates who registered for the presidential election by the November 8 deadline were dismissed after the interior ministry reviewed the registrations, leaving all the businessmen heavyweights out of the race.