Banking on change in Lviv 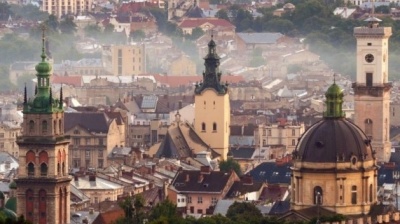 Ukraine's economy has turned the corner and its banking sector has been cleaned up. Now it's time to make some money.
By Ben Aris in Berlin August 13, 2019

The ancient city of Lviv in western Ukraine is a world heritage site and the centre of one of Ukraine’s more prosperous regions. Far away from the war in the Donbas on the other side of the country, and close to the EU border, the city is ideally placed to make the most of Ukraine’s location in the centre of Europe.

Bank Lviv has been focusing on small and medium-sized enterprises (SMEs) in the region and unusually is owned by a foreign investor, Margeir Petursson from Iceland, who is also a former chess grandmaster.

Petursson, who owns 49% of the bank, tied up with a Swiss investment group that owns the rest and already has investments in medium-sized banks across the region. The bank’s strategy is to focus on SMEs, energy efficiency and agriculture.

But it hasn't been easy. The investors entered the bank’s capital in 2006 during Ukraine’s brief banking “gold rush” when foreign investors flooded into the sector hoping that the economy had finally come of age. With a population of some 43mn people, Ukraine’s population is behind only those of Russia, Germany and Poland in Europe, although after over two decades with no notable reforms, it is the last large market that still has all its rapid “catch up growth” ahead of it. Banking is one of easiest ways to get exposure to the emergence of a middle class. When Russia went through this process in the boom years banks that cost hundreds of millions to buy were quickly worth billions of dollars a few years later.

But the boom didn't last long. Hit first by the 2008 global crisis and then the 2014 Euromaidan protests the frizz has gone out of the economy and most businesses have simply being trying to stay alive for the last few years. But as Ukraine’s economy begins to grow again that might be about to change.

“Those were not easy times, but they managed to survive the crisis. The bank was always known as a local and stable bank. Petursson understood that he can’t develop the bank alone and needed capital and a partner,” Ashot Abrahamyan, chairman of the management board, told bne IntelliNews in an exclusive interview. “The first talks started three years and the Swiss investors committed last year.

Below are extracts from an interview with Abrahamyan that bne IntelliNews has released as a podcast.

Ashot Abrahamyan: There are different types of SMEs: we have production, services and trade companies. The location in Lviv in the western part of Ukraine is very close to Europe. Especially after the crisis with Russia the tiny companies need to find new markets and they have been exporting to Europe. The market is there.

bne: Agricultural is one of Ukraine’s best sectors. What role does it play in your business?

There is also an interesting segment to produce fruit and vegetables. This has a big potential. Everyone wants to work with the big companies but the fruit and veg business is growing fast and we are targeting them.

bne: The new Ukrainian President Volodymyr Zelenskiy announced he will create a market for agricultural land in the autumn. How will that affect your business?

AA: There is a lot of land that is just rented out and farmers pay rent. When the land reforms start there will be a big potential to buy this land that will lead to a consolidation of the business.

But the really big corporates and larger clients with whom we are working, I think they will have a better potential for more growth.

I participated in a meeting with the new president, who meet with businesses – local and foreign – and he is clearly saying that he will do everything to support businesses to make their life easier and remove the bureaucracy. He has already abolished 164 laws that were a burden on business.

The condition is that everyone has to pay taxes, which is fair. But so far these are only speeches so we will see what happens.

bne: Consumer lending has led the way in the rapid growth of other markets. Is it the same in Ukraine?

AA: Why are consumers not interesting at this point? We do consumer loans but in a passive way by supporting payroll and the workers of our clients if they want a loan or mortgage.

Rates on consumer loans start at 50% up to 200% if you calculated the real effective rates, which sometimes the client doesn't understand. It’s an important and interesting market, but we are focused on our target group and we don't have enough capacity in the bank to attempt this business, although many other banks are doing it.

bne: The National Bank of Ukraine (NBU) has carried out a comprehensive clean-up and the sector is back in profit. Can you feel a difference?

AA: The environment has become more benign in the last two years. There was a lot of criticism towards the NBU and its reforms, but in the end they cleaned up the banking system.

There are still some questions as to how sustainable is the business model of the banks that remained on the market, but the sector is clean. The sector is back in profit and has started to lend to the economy again – some faster than others – and will continue grow.

But loan growth has been very slow. Some banks still have problems with cleaning up their loan portfolio. They also have problems with loan collateral that was taken as reprocessed assess on their balance sheet. And they are still afraid to go back to the lending business.

There is a limited number of good corporate clients with a good credit history to whom these big banks are willing to lend. That is an explanation for the slow pace of loan growth. Big banks are looking for new customers, for new niches they can lend to. But this is in short supply.

bne: The main problem for the sector is the high share of non-performing loans (NLPs), which is acting as drag on credit expansion.

AA: Non-performing loans for the sector are some 50% of the loans and for state-owned banks are over 80%. These loans are not toxic as they have been provisioned for, but that does mean a lot of the banks' capital is tied up and not available for lending. That means the banks are treading water.

It is a complex issue and you need to look at several levels. The NPLs are a classification by the NBU. It means the loans are in arrears of over 90 days based on the clients' accounting. But you could have a client who is in an NPL category according to the NBU but is servicing his debt obligation.

We all know there is still a high level of shadow economy and there are forms of registration, which have different tax regimes but show a turnover. They earn enough money but the tax that is paid doesn't show the real income. There are clients that are servicing their loans but who are not in good shape on paper.

If the loans are already provisioned this means the bank has already reduced its capital so these loans are not affecting the bank’s capital.

Also you need to look at the repossessed assets, which is significant in some banks. But it brings to the owner of the bank zero profit. It's a burden and needs to be converted into cash.

Some of the banks can’t do it quickly. Others don't want to sell at existing prices. These problems also add to the scarcity of liquid assets.

bne: What’s the long-term plan? Exit by selling to a strategic player?

AA: Our investors want to stay and develop the bank for the next five to seven years but might invite another strategic investor sooner. But eventually they probably want to sell.

There was a gold rush in 2006-2007 when international banks rushed in and paid crazy prices but they all left again after the 2008 crisis.

There are still many international banking groups in the market with strong positions. But who can you sell the bank to? The obvious counterparties are existing Ukrainian groups. 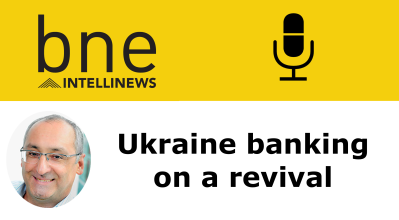 This article is based on a bne IntelliNews podcast. Listen to the full interview here

Zelenskiy's rating down by a quarter in just three months
COMMENT: Ukraine’s the Old Rotten System is alive and well
Ukraine’s partners worried about deteriorating commitment of Zelenskiy administration to judicial reform