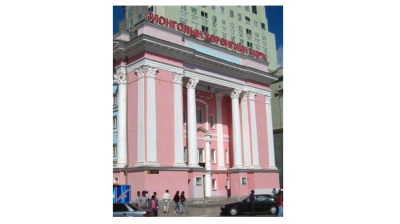 Mongolia has just seen its first ever domestic bank IPO on the local exchange and more are on the way. / bne IntelliNews
By Michael Kohn in Ulaanbaatar October 20, 2022

Banks aren’t usually the first thing that comes to mind when investors want to plough money into the Mongolian economy; mostly it’s mining. But lately the banking sector has become the focus of attention for this country’s capital markets and IPO-hungry investors.

Earlier this month, State Bank, one of Mongolia’s five systemically important banks (SIBs), listed 5% of its shares, raising MNT25.4bn ($7.9mn). That listing was the first of what is expected to be several IPOs over the next year and a half for this country’s biggest banks.

Activity on the Mongolian Stock Exchange, which has a market cap of $1.6bn, has been accelerating with help from a robust string of bond sales and public offerings. The mineral-rich nation has long sought to diversify its assets beyond the mining space – the stock exchange is seen as a vehicle to pump investment into other sectors, including food production, banks, and textiles.

The flurry of activity in bank IPOs is driven by Mongolia’s updated banking code, adopted last year. The code requires SIBs to be listed, and to cap a bank’s shareholding rights at 20% by the end of 2023. Fitch Ratings reports on its Mongolian Banks Dashboard the new requirements will improve transparency and strengthen the banking system’s governance.

The code amendment that is pushing Mongolia’s banks to go public consists of two phases. Phase one requires the systemic banks to list 20% by June 30, 2023 and phase two requires these banks to list 80% of shares by Dec. 31, 2023.

“I see that as a booster for the market,” said Altai, now six years into his second stint as CEO of the exchange.

The new listings could help boost a market that has slumped 18% this year. That downward pressure follows global trends, with the market sliding for most of the year amid high oil prices, war in Ukraine, and global economic headwinds. Mongolia’s currency is under pressure too and has likewise declined 18% year to date.

The downturn in stocks might also be profit taking after last year’s phenomenal run, when the MSE Top-20 Index soared 133%, easily the best performance of any of the world’s markets.

The MSE’s trading turnover was lifted last year with help from coal miner Erdenes Tavan Tolgoi, which issued $245mn in bonds on the exchange. The ETT bond equalled roughly half of the market’s trading volume last year.

The increased activity hasn’t gone unnoticed. Earlier this month the FTSE Russell, a subsidiary of the London Stock Exchange Group, said Mongolia meets all of the FTSE Quality of Markets criteria for market classification. Effective September 2023, the exchange will be assigned Frontier market status.

The exchange’s reputation has been boosted by a campaign to delist a number of inactive companies – 182 companies are currently listed compared to 332 companies a decade ago. Its products have also diversified. Investors can choose from ten corporate bonds and a handful of asset-backed securities.

There’s even a dual-listed company – Erdene Resource Development Corp., a Nova Scotia-based junior miner, that trades on both the Mongolian and Toronto stock exchanges. Erdene has raised $6mn through the MSE and has amassed around 6,000 Mongolian shareholders.

The Erdene cross-listing could pave the way for others to also list in Ulaanbaatar, where foreign capital is badly needed to counter the country’s sluggish economy. The Asian Development Bank (ADB) is forecasting just 1.7% growth this year, down from an April projection of 2.3%.

“We need to make this a very liquid market,” said Altai, whose past roles include a stint as advisor to a former Mongolian prime minister. “We need the presence of international, institutional money. We need this institutional investor base in the country.”

The onslaught of bank IPOs coming at a time of economic uncertainty is no cause for concern, Mongolia-watchers say, and should be a net positive for the banking sector.

Edward Faber, an economist with the ADB in Mongolia, said the IPOs will not only reinforce the capital position of banks but will also diversify the shareholder base. That asset quality reviews will precede the IPOs is also a good step that instils confidence, he said.

The IPOs “should also make banks more accountable and require them to disclose more information publicly, and result in better corporate governance more generally,” said Faber. “Greater shareholder diversification will be a positive.”