There was barely time to put the flags away. On November 18 Latvia was in feel-good mood, celebrating the 95th anniversary of its independence and gearing up for euro adoption on January 1, 2014 - the same day that Riga becomes a European Capital of Culture. Just three days later, the flags were being retrieved from their boxes to fly again, but this time with a black ribbon of mourning attached in remembrance of the 54 people killed when a Maxima superstore in the Zolitude suburb of Riga collapsed, the country's worst-ever peacetime loss of life. Yet that grim statistic barely even begins to suggest the impact the tragedy has had on this Baltic republic of 2m.

The days since the roof caved in on a building that won an architectural award when it opened in 2011 have been chaotic, with impulsive President Andris Berzins describing the incident as "mass murder"; police raids on builders, architects and engineers; the dignified resignation on November 27 of the prime minister, Valdis Dombrovskis; and the completely undignified sacking 24 hours later of Gintaras Jasinskas, head of Maxima Latvia.

Dombrovskis' decision to quit came as a complete surprise and despite official denials, rumours persist that Berzins presented him with the political equivalent of a pearl-handled revolver just so someone would be seen taking responsibility for the tragedy.

Certainly the manner in which Dombrovskis made his brief resignation speech - fighting back tears - testifies not only to how much he liked his job, but the sudden manner in which it was taken away from him just one month ahead of the euro adoption, which was supposed to be the climactic moment of his tenure.

If Berzins did hand Dombrovskis the gun, he may have seriously miscalculated. No one was calling for Dombrovskis to go and he is widely viewed as Latvia's best-ever PM. "He didn't make decisions for his private benefit or his political party's sponsors' benefit. He acted in good faith and worked hard - that's why the voters kept voting him back into power," says Iveta Kaazoka of the Providus centre for public policy.

Such is the dearth of talent in Latvian politics at the moment that there is no obvious successor who will be able to hold things together in an increasingly riven parliament until the next elections in October 2014. "The next coalition most probably will be the same, but with the addition of the Greens and Farmers' Union (ZZS). But no one really knows," says Ivars Ijabs, a political scientist at the University of Latvia. "It's going to create a certain amount of chaos. Most probably Latvia will join the Eurozone with a caretaker prime minister in charge."

The only person who did seem pleased that Dombrovskis was out of the way was his arch rival and Riga's mayor, Nils Ushakovs. A state of undeclared war between Riga municipal authorities and the central government has existed ever since the cave-in happened, with each announcing their own enquiries into the cause in a clear sign that each thinks the other will be saddled with the blame - the government for liquidating the buildings inspectorate, and the city council for rubber stamping a deeply flawed scheme.

On the second night at the disaster scene, with rescuers still searching for bodies among the rubble, bne asked Ushakovs if cooperation between the city and central government was running smoothly: "What cooperation?" Ushakovs replied. "The emergency facilities, the medical tents, the catering, the generators - they are all ours. We're getting nothing from the government."

In fact, Ushakovs enhanced his reputation considerably in the first couple of days after the disaster. He seemed to be in control, cool and organised, while government was flapping (thanks partly to Berzins' scattergun interventions). Then, minutes after Dombrovskis announced his resignation, Ushakovs called an unscheduled press conference of his own. Rumours started flying that was he going to resign too, accepting the same "political and moral responsibility" that Dombrovskis had talked about? As it turned out, no. He emerged from his office, delivered a one-minute statement to the press saying he would remain at his post, turned and left. It seemed a cynical move to get him onto the evening news and a spiteful way of sticking the knife into his already vanquished rival.

Yet even Ushakovs' Machiavellian display seemed reasonable compared to the actions of Maxima, the owner of the supermarket that collapsed. If anyone ever needs a case study of how not to handle a disaster, Maxima's actions offer a ready-made master class.

Ads for the company, which has 140 stores in Latvia and 400 across the Baltic states, continued playing on TV for 24 hours. Between reports from the disaster site as the body count rose, viewers were treated to details of Maxima's latest discounts on chicken wings and the slogan 'Par visu pardomats' ('Everything's been thought of') - grimly ironic in the circumstances.

Having initially claimed to be mere tenants of the deadly building, it emerged that Maxima did in fact own it - with depressing inevitability via a series of Cyprus-registered offshore companies.

Serious questions persist about their employment and health and safety policies. Numerous locals that bne spoke to at the scene of the disaster say the supermarket's fire alarms sounded several times a week, leading to a situation in which they were ignored and, according to witnesses, cashiers remained sitting at their tills as the store crumbled around them.

A series of appearances on TV by Maxima spokesmen were jaw-dropping for their ineptitude, leading to statements such as: "We owned the building but not the roof". Demands for management to speak instead of PR hirelings grew to such a pitch that Maxima could no longer resist and called a press conference - at the same time as the funerals of the firefighters were taking place.

Having been alerted to this fact by bne, Maxima promptly rescheduled for 24 hours later and on November 28 Maxima Latvia boss Gintaras Jasinskas finally faced the press - and things rapidly got worse.

As a Lithuanian national, Jasinskas spoke only in Russian (no one had thought to provide translation). That's not a crime, merely further evidence of the amateurism that has typified Maxima's PR. More to the point was that he came across as astoundingly arrogant. Asked if he had considered following Dombrovskis' lead and resigning, Jasinskas snapped: "Why? Why should I resign? Only those that feel guilty should resign."

His remarks sparked outrage and even a minor diplomatic spat. Lithuania's ambassador was summoned to the foreign ministry and President Berzins called up his counterpart in Vilnius, Dalia Grybauskaite (who probably had better things to do, being in the middle of hosting the EU summit) to protest the "unfeeling and inappropriate" comments of her countryman. Half an hour later, Jasinskas was sacked by Maxima HQ. Well, at least he didn't resign.

Popular opinion in the aftermath of the tragedy was that the builders, the Re&Re company must bear primary responsibility for what happened, but it seems increasingly likely the project engineers and possibly architects bear the lion's share of responsibility.

First out of the traps with a credible theory was Finland-based Estonian engineer Toomas Kaljas, who tells bne: "The accident was caused by utterly flawed design, no doubt about it." Sections of the steel structure connecting the roof to supporting pillars were far too weak to support the loads placed on them, he says, brandishing a bolt from the scene of the tragedy that he said had been given to him by a rescue worker and which reinforced his case by proving the wrong bolts had been used.

Kaljas' intervention was welcomed by members of the public who were being soft-soaped by officials and told the investigation would take a long time - by which time probably the blame would have been conveniently shifted onto one or two scapegoats. Days later his theory was generally borne out by a separate preliminary report carried out by Latvian specialists that talked of "crude errors" in the design that meant parts of the ceiling were three-times weaker than required.

Quite where this leaves Latvia is difficult to say, but the chief fear is that with the incorruptible Dombrovskis out of the way, the country will backslide into the sort of cronyism and asset-stripping that preceded his tenure.

With so little time before the next elections, parties were already jockeying for position even before the disaster and if anyone can be persuaded to take the hot seat, they will have a hard time keeping control. The most likely scenario is months of stagnation, says a perceptive assessment by Swedbank economist Martins Kazaks. "Since the 2015 budget will be prepared in the run-up to the 2014 elections and the new parliament will not assemble until November â when it will be impossible to draft a brand new budget for 2015 â we foresee that the window of opportunity for pushing bolder reforms will open up only in 2015 and not have an effect until the 2016 budget. If so, time will be lost and by then it will be more difficult to address labour market challenges, for example," says Kazaks. 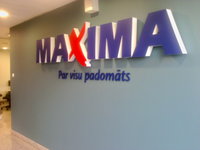