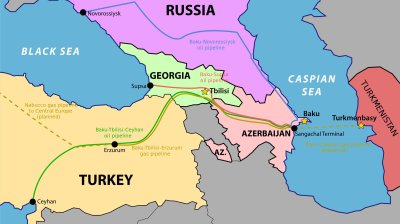 Such is the extent of the world oil price crisis and the OPEC+ output cuts that it has necessitated, Azerbaijan has reportedly found itself having little choice but to tell the BP-led Azeri-Chirag-Guneshli (ACG) project that it must cut production sharply from May. Four sources outlined the situation to Reuters on April 23.

Oil majors operating large production sharing deals in the ex-Soviet states of Azerbaijan and Kazakhstan have in the past been spared any government-ordered production decisions because their foreign investment is so highly prized. But the extent of the oil crisis on the back of the coronavirus (COVID-19) pandemic has purportedly made it impossible for Azerbaijan to cut output without imposing restrictions on BP and its partner shareholders. They include Hungary’s MOL, US ExxonMobil, Norway’s Equinor and Japan’s Inpex.

The oil and gas sector makes up 45% of Azerbaijan’s $45bn economy, but the country is not a member of the Organization of Petroleum Exporting Countries (OPEC). Nevertheless, it is part of a wider group known as OPEC+, led by Saudi Arabia on the OPEC side and Russia for other producers outside the organisation.

Azerbaijan is also the third largest oil producer among ex-Soviet countries, after Russia and Kazakhstan. It needs to cut its oil output by a total of 164,000 b/d to 554,000 b/d for two months from May, in line with the OPEC+ deal sealed this month. Of this, the giant offshore ACG fields will be required to cut some 75,000-80,000 b/d from May, the quoted sources said.

The cut would be equivalent to around 15% of ACG’s output, Reuters calculations show. The ACG consortium reported production of 535,000 b/d on average last year and planned to maintain this level in 2020.

Older onshore Azeri fields, which have been producing oil since around 1900s, will reportedly contribute the remaining cuts.

“Proportionally, onshore fields will cut much more because they have higher costs,” one of the sources was cited as saying.

The cut in ACG production will result in a drop in oil exports via the Baku-Tbilisi-Ceyhan pipeline through Georgia and Turkey, Azerbaijan’s main oil export route, the sources added.

In a further blow to Azerbaijan’s hydrocarbons industry, on April 21 Fitch Ratings downgraded the outlook of the country’s national oil company Socar from stable to negative, citing the slump in oil prices.

The industry and Aliyev administration may still have some big news to celebrate in 2020 if plans to get Azeri gas flowing to the European Union market are realised. Azerbaijan in the months ahead hopes to announce a first shipment of gas—from the Caspian Sea Shah Deniz field—to southern Italy via a set of interlinked pipelines that make up the Southern Gas Corridor (SCG). Although delayed, the last leg of the SCG—the Trans Adriatic Pipeline (TAP) that connects Albania to Italy taking a route across the Adriatic Sea seabed—is now very near completion, according to the consortium building it. But where demand for gas will stand by then is a tough question given the ongoing economic disruption caused by the coronavirus pandemic.

Romania’s new government rolled back a costly 40% pensions hike that would have prompted rating agencies to downgrade the country to junk.

S&P raises Romania’s outlook to stable as fiscal risks recede
18 hours ago
Zelenskiy meets Macron as Russia engages in a diplomatic dance over a possible Biden-Putin summit
1 day ago
M&A hits €8.5bn in CEE in Q1, says Mergermarket
2 days ago
UEFA´s 'unfair' punishment of Czech football player raises furore among fans and politicians
2 days ago
Bulgaria’s Gerb to nominate Daniel Mitov for next PM amid lack of coalition partners
2 days ago