Stills of a moving world on gigantic screens: Crimea’s steep cliffs standing over warm-hued hot bath domes, Greenland’s icy world casting a frosty light in a tucked away Italian courtyard, the shrinking Aral Sea’s tragedy at odds with the greenery of a buoyant and buzzing square.

Tbilisi – “the city that loves you”, as its tourism slogan goes – certainly loves photography too. And once a year between September and October the Tbilisi Photo Festival (TPF) turns the old town’s architectural bonanza into a spectacular photographic nocturnal walk as the “Night of Photography” – a Caucasian rendition of Arles’ “Nuit de la Photographie” – projects the work of some of the world’s best photographers onto giant screens.

“The idea to bring high quality, classy, photography to Tbilisi developed in 2010 with Lionel Charrier of the French photo agency MYOP and former photo editor at Magnum,” TPF’s heart and soul, Nestan Nijaradze, explains to bne IntelliNews. “The festival wants to offer the city as a platform for an open and broad dialogue about identity and photography.”

Mathieu Dupond’s human scale photo of the devastated Syrian city of Deir Ezzor on Abo Tbileli Street or James Keogh’s Donestk in Gudiashvili Square aims exactly at that: narrowing the distance between photojournalism and people.

It’s the philosophy of #Dysturb, the France-based collective of freelance photographers, which by pasting large format photographs on city walls, cuts out from traditional publishing avenues to offer a new visibility to photojournalism. 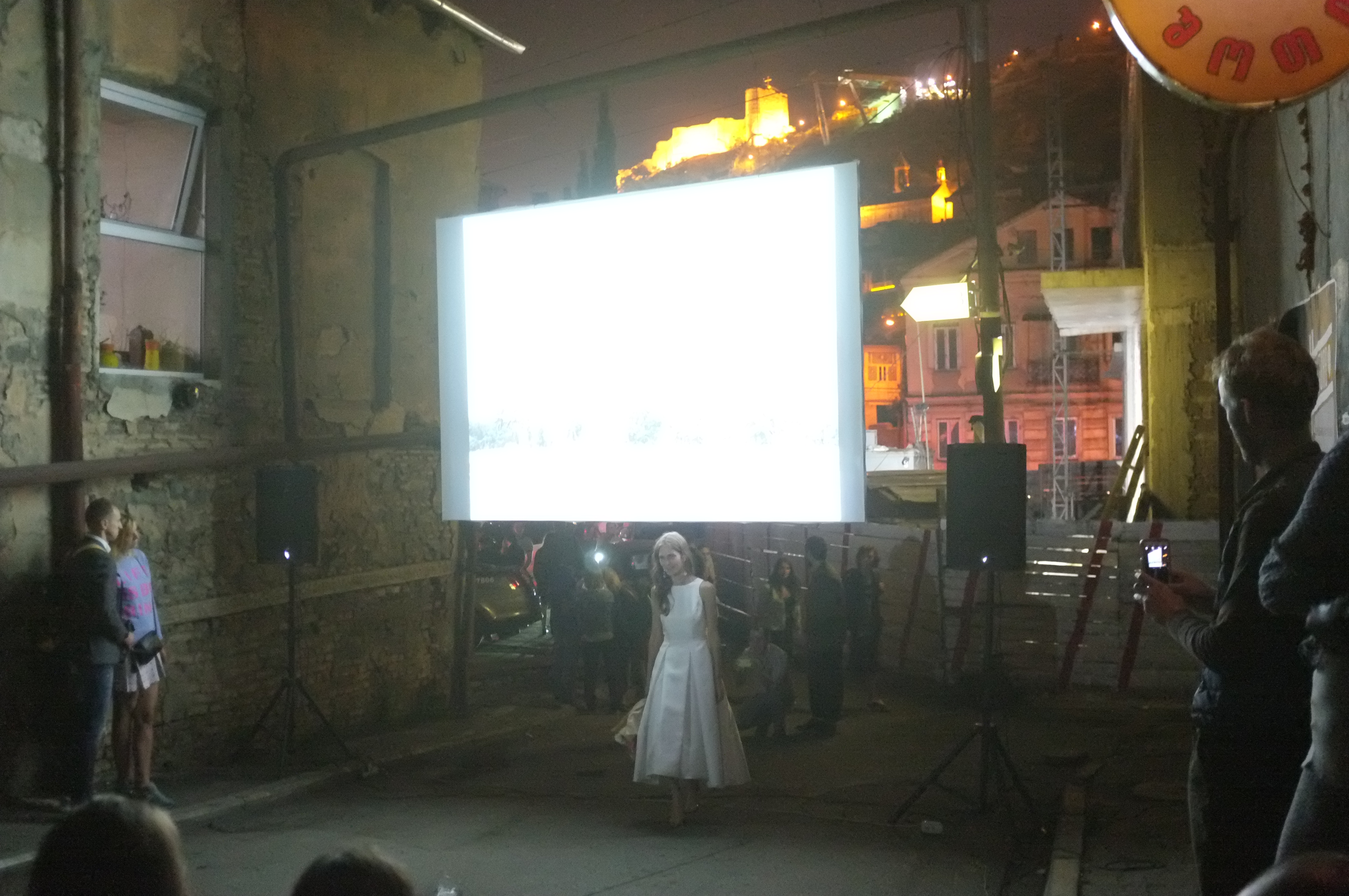 Whose eye behind the lens?

Educated in France, the world’s photographic Mecca, Nijaradze is a descendant of Imeretian aristocracy and a modern-day patron who staunchly support an emerging generation of skillful professionals from the Caucasus. Many are women – like Georgia’s Mariam Amurvelashvili, Anka Gujabidze or Armenia’s Inna Mkhytaryan and Piruza Khalapyan – and “women are changing photography”.

“Their active involvement in photography is a new phenomenon – 20 years ago we would have not had such a quantity and quality of work produced by women,” Nijaradze maintains. “They look at increasingly pressing social issues like discrimination or migration with a different eye and a finer sensibility, they tend to commit more to longer, documentary projects.”

Justyna Mielnikiewicz agrees. The multi-award-winning Polish photographer adopted Tbilisi as her home in 2002 to focus on long-term projects from the Caucaus and, more recently, Ukraine. “More women in photography reflect a dramatically different media landscape,” she says. “Surveys show that half of professional photojournalists today are freelancers and the vast majority are women. We can multi-task and essentially adapt more easily to a market that is constantly changing.”

This change is also bringing female photojournalists together. Nazik Armenakyan, Anahit Hayrapetyan and Anush Babajanyan came together and founded the Yerevan-based 4 Plus – a unique documentary photography centre with the aim of empowering women through photography.

Developing national talents and giving them a visible platform is also what inspired Kolga Photo, the photography contest that, along with TPF, has turned Tbilisi into a photo-city.

The dynamics are different and the two events complement each other. Kolga started in 2002 as a photo competition for university students, recalls Beso Khaindrava, Kolga’s founder. “Initially what we had in mind was a contest for amateur photographers, hence [the acronym] Kolga, and it was a small scale competition. After four years we dropped the amateur restriction and all photographers could participate, including professionals.”

Since then, the Kolga Award has grown into a whole week of photo events and it also features a specific prize – the Alexander Roinashvili Award, after the first Georgian photographer – for Georgian professionals who have contributed to the development of Georgian photography. The 2015 award was awarded to AP photojournalist Shakh Aivazov in May. 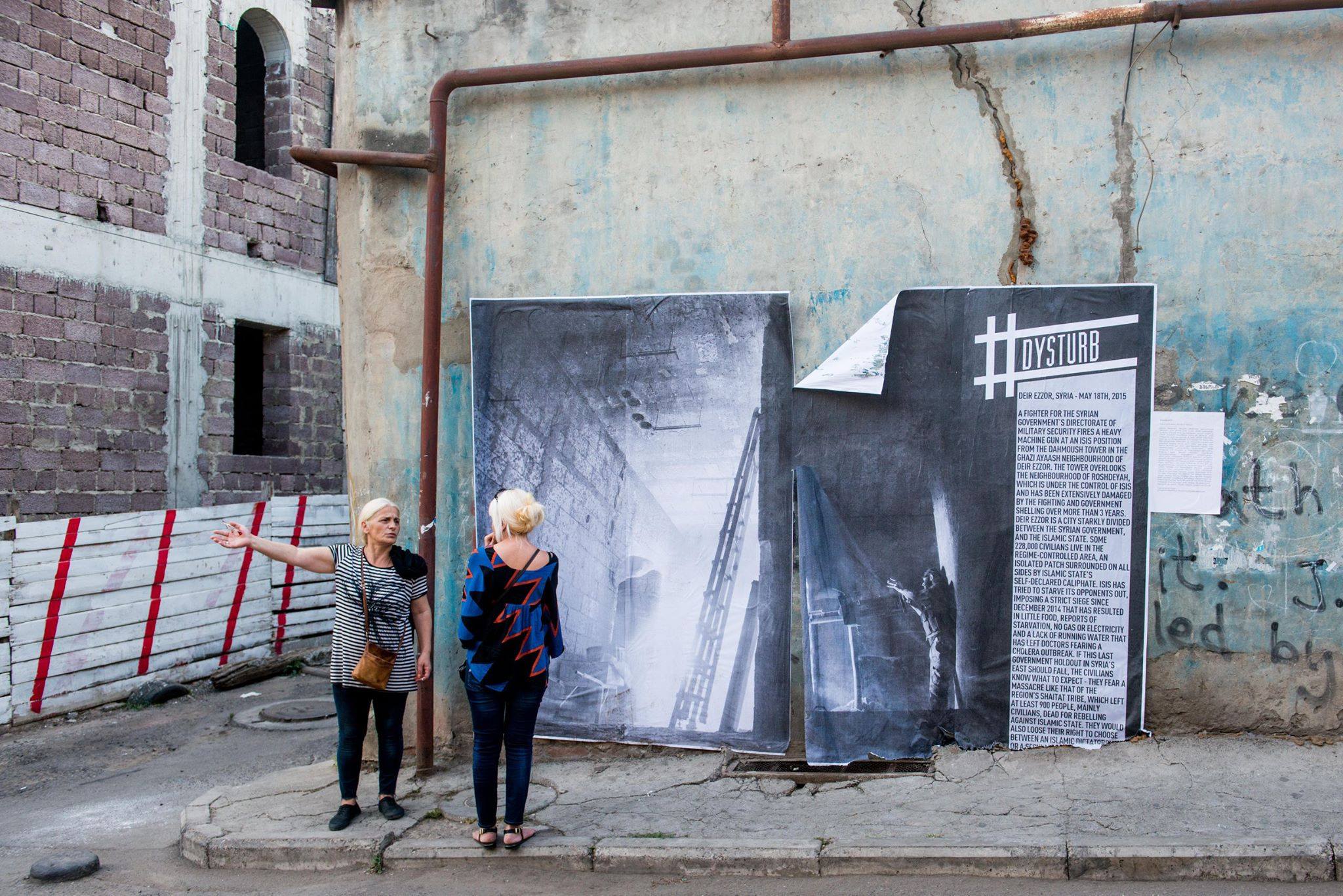 Tbilisi is the Caucasus’ photojournalism heart, then. Blame it also on geography: neither Asian nor fully European, a key stop along the Old Silk Road, Tbilisi is where east and west meet, where civil wars and democratic revolutions unfold, and where a mystic Christian tradition is still intertwined with blunt Soviet pragmatism.

Georgia’s appeal is decades old. In 1948 Endree Friedman, aka Robert Capa, and John Steinbeck said that Tbilisi was the only place [in the USSR] where they had a delicious dinner. Not that the combat photographer and the writer toured the then-Land of the Soviet to sneer with gratification over the country’s legendary food and supra, the feast. Rather, Capa portrayed the physical fatigue that each banquet inflicts on the non-trained body.

The pair’s account of their 40-day trip across Soviet land, “The Russian Journal”, is filled with snapshots where politics is mostly kept out of the frame and individuals dominate the picture – the tamada, the banquets’ toastmaster, or the students performing their morning exercises in a classroom dominated by signs declaring “Cheers to the great Stalin!” are fully-rounded human beings living in a region pulsing with life, struggle, and grace.

For Nijaradze the passion for and from the 35mm should not come as a surprise, because “Georgia has a history of a vibrant art scene, built on a rich cultural past and strong intellectual elite, which the USSR did not managed to tame.” Somehow history provided an additional platform for photojournalism.

Nor is the French connection, strong in TPF, unexpected. The two countries have a long history of friendship. Georgian aristocrats were familiar figures in Paris’ intellectual circles and looked to France for diplomatic support during political hardships – in 1810 King of Imereti Salomon II wrote to Napoleon seeking assistance against the Russian Tsar who “had unjustly and illegally stripped him of his realm”.

History repeats itself: “At the top of my voice”, the account of Magnum photographer Alex Majoli of the war between Georgia and Russia over the breakaway region of South Ossetia is one of the highlights of TPF.

As Kolga and TPF have laid the foundations for Georgia as an international photography centre, Khaindrava thinks there is room for further improvement, but “economic growth is key, as it will support those working in and for photography to invest further”. 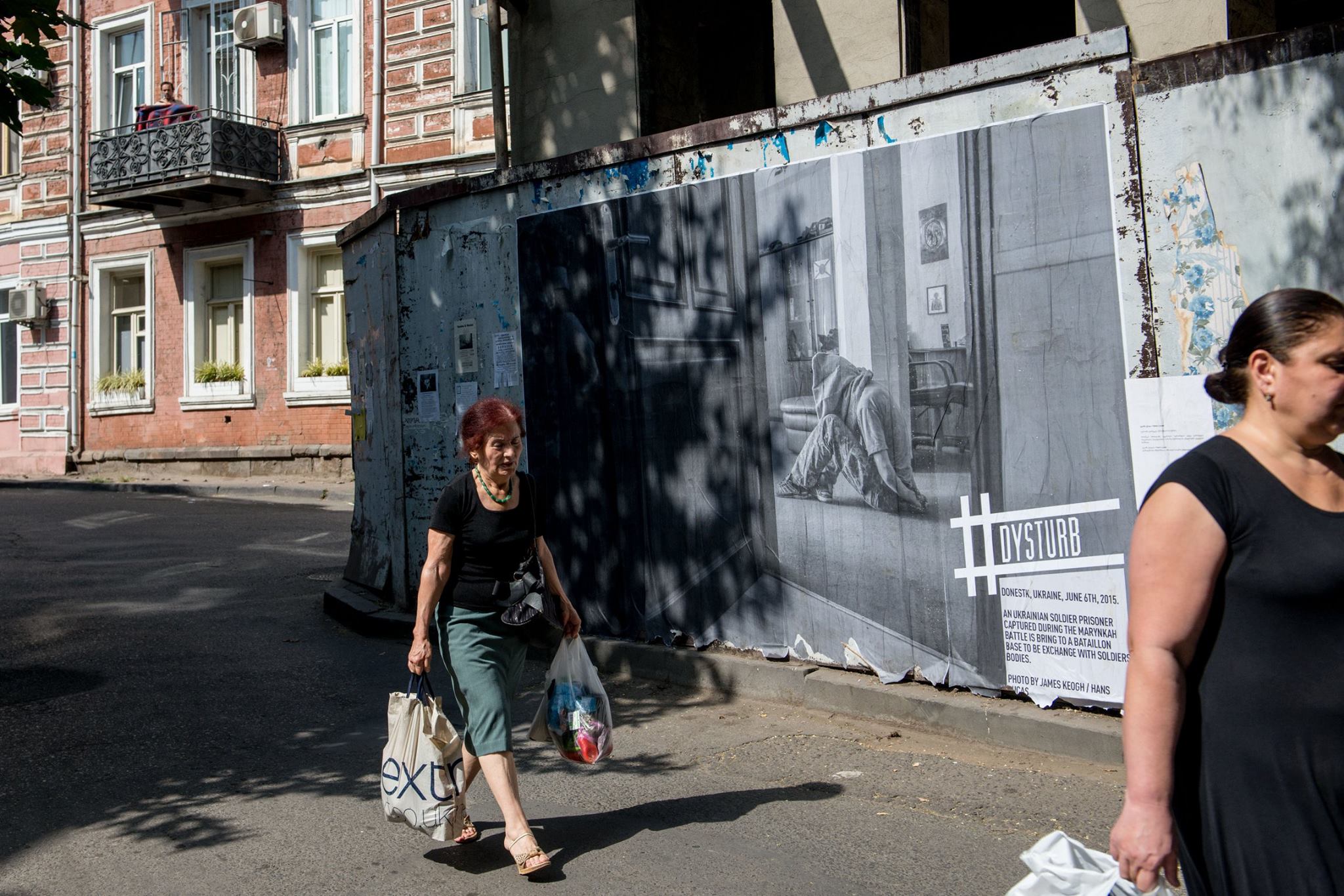