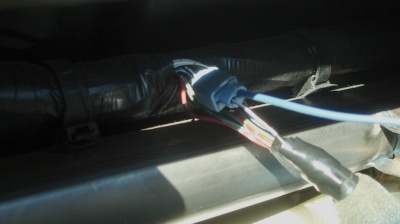 By Valentina Dimitrievska in Skopje December 2, 2018

Macedonian prosecutors have launched a pre-investigative procedure to probe the latest scandal related to the wiretapping of the fixed phones in the Public Prosecution Office building, the office said on November 30.

This is the second wiretapping scandal in the last few years, after the major one that broke out in Macedonia in 2015, when Zoran Zaev, then the leader of the opposition Social Democrats and now Macedonia’s prime minister, revealed that VMRO-DPMNE which was in power at the time had eavesdropped on over 20,000 people, including its own politicians, journalists and other public figures. The scandal led to the toppling of the VMRO-DPMNE led government after 10 years in power.

In the new scandal, some 70 prosecutors were revealed to have been wiretapped in the period from September 30, 2016 until today.

The new building of the Public Prosecution Office was opened in 2013, as part of the Skopje 2014 revamp of the capital city, when VMRO-DPMNE was in power.

The probe is intended to establish if the wiretapping equipment was installed at that time.

"Following initial findings, the recording was carried out on two hard disks of the phone exchange located in the premises of the Public Prosecutor's Office Skopje," the office said in the statement.

The prosecutors will investigate all aspects of the event, including checking the tender documentation for the procurement of the equipment and for what purposes the conversations were illegally recorded.

Government officials condemned the wiretapping, and said that the structure of the previous VMRO-DPMNE-led government could be involved.

The interior ministry has also been included in the probe.