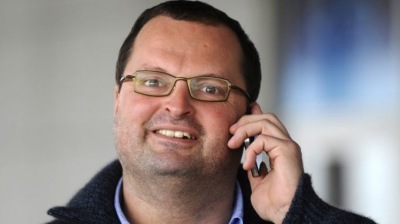 New York Kingstown investment fund and Czech investment firm Investhold have accused Czech real estate mogul Radovan Vitek of swindling them out of hundreds of millions of dollars.
By nto in Prague April 12, 2019

Vitek’s CPI Property Group, together with J&T Banka, Vitek’s mother Milada Mala, ex-CEO of Orco Property Group Jean-Francois Ott and others, allegedly ripped off Kingstown and Investhold in a racketeering scheme that went on for a decade.

The accusation is that they did so by concealing CPI’s real ownership stake in Orco to avoid having to make a mandatory offer. The complainants further claim in the suit that an organised group of front companies and front men was used to strip assets from Orco. One claim is that some of those involved in the alleged plot even went to ridiculous lengths to obscure shareholder links, such as by staging screaming rows during board meetings.

Vitek's CPI is also the largest owner of retail space in the Czech Republic and in early 2015 Vitek made a splash in Forbes when he bought ex-Beatle Ringo Starr's 17th-century Jacobean country house Rydinghurst in Surrey, England. Vitek also owns a ski piste in Switzerland.

Kingstown, which owned 12.5% of Orco, alleges that having avoided the need to make a mandatory offer, Vitek changed the Orco management, diluted minority stakes, took full control and sold off assets at “distressed prices” to entities he secretly controlled, Bloomberg reported.

Investhold has also alleged that Vítek did not return money that it lent to him.

CPI has denied any guilt. It also argues that US courts do not have jurisdiction in the matter.

According to Kingstown, as quoted by Newsmax, Vitek “repeatedly and through a pattern of racketeering activity—including wire fraud, mail fraud, money laundering, and other crimes—made himself into a multi-billionaire at the direct expense of his business partners.”

CPI Property Group responded in its statement published on April 10 that it “denies the allegations therein … CPI will take all appropriate steps to seek relief against Kingstown,”, adding that Kingstown was not, at the relevant time, a shareholder of CPI, and thus the allegations set forth in the lawsuit are false, misleading and without merit.

“Today’s lawsuit painstakingly lays out the existence of a massive, decade-long fraudulent scheme perpetrated by Vitek and his co-conspirators that made him a billionaire with one of the world’s biggest property empires,” said plaintiffs’ attorney Matthew L. Schwartz, according to Newsmax.

CPI also claimed that “it is not surprising that plaintiffs have commenced this lawsuit while CPI is in the process of financing. The financing is based on a foundation of strong financial performance … Despite news regarding the complaint CPI received strong support from the international bond markets.”