15% of Russian industrial companies are zombies 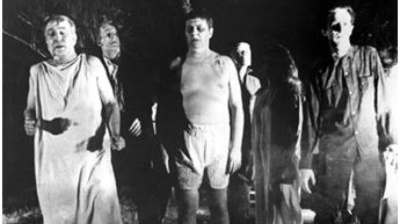 The share of zombie companies in Russia that live between profits and bankruptcy is 15% but that is not that different from the figure in developed markets. / wiki
By Cameron Jones in London August 22, 2021

The share of zombie companies in Russian industry is 10-15%, according to the Centre for Business Studies of the National Research University Higher School of Economics (HSE).

“Zombies" are defined as ineffective, unprofitable industrial organisations on the verge of bankruptcy that produce non-competitive products. The HSE's calculations are based on the results of monthly RosStat surveys of managers of about 4,000 large and medium-sized industrial enterprises from 82 Russian regions. Zombie companies are often cheaper and easier to maintain as a legal entity and managers prefer to keep them going rather than liquidate them.

Russia’s history of monotowns contributes to the problem. Municipalities with city-forming enterprises are the main employers, and the main taxpayers and often the providers of utilities. Such big companies cannot just be shut down for economic reasons, as that would destroy the livelihoods of much of the city’s population. They remain dormant, especially if the manufactured products are consumed by the state in the form of a state order. More than half of the mono-city enterprises are currently in a difficult financial condition.

In the manufacturing industry, the share of enterprises that suffered a loss in 2019 was 23.1%, and in 2020 this figure increased to 25%, with the share of companies in a pre-bankruptcy state approximately 15%.

In January-May 2021 among large and medium-sized industrial enterprises in the extractive industries, almost 38.9% of the total were unprofitable, according to RosStat, while their share in processing industries was lower – 27.8%. Among all industrial companies, the level varied from 10% to 15%. In construction and trade, the share of zombie enterprises might be higher – about 17-18%.

The decision to support these enterprises is largely political but partly depends on why the enterprise has fallen on hard times and what the prospects are for rescuing the business. In light industry, an additional injection of a small amount of working capital is enough for the company to pay off its debts on taxes and wages, start working again and, due to a short production cycle, recover.

At the moment there are no risks for the financial system associated with zombie companies, as their share of bad loans (loans of IV-V quality categories) is currently falling. Since the beginning of the pandemic until August 1, the share of bad loans in the loan portfolio of borrowers of large companies and small and medium-sized enterprises (SMEs) decreased respectively by 2.1pp and 3.7pp and amounted to 8.1% and 13.6%.

For SMEs the problem of zombie companies is less urgent, as unprofitable companies in this segment do not live long.

The share of ineffective and unprofitable companies in Russia is generally similar to that of other countries. In the USA in 2015-2019 the share was about 15%. In Europe, this figure is 10-15%.

The pandemic has left many businesses in limbo between bankruptcy and survival. In this period the financial position of companies depended heavily on government support and bank loans. The share of zombie enterprises in the context of an unstable market environment carries risks for the economy of accumulating potential losses for banks and creditors and can provoke a wave of non-payments affecting many related industries.

State support measures in most cases only postpone insolvency, since the slow pace of economic recovery does not allow returning to the previous production turnover, which leads to the curtailment of business.

In the spring survey by CSR, 14% of companies said that their counterparty-debtors showed signs of bankruptcy and in heavy industry the share was 19%. However, these may be temporary difficulties. The existence of zombie companies can lead to ineffective distribution of budget funds allocated for state support as they receive significant amounts of government support to keep them afloat.