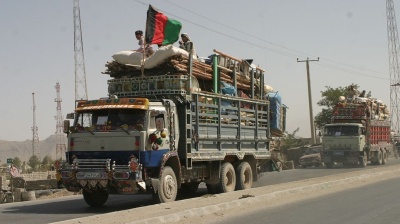 The ongoing US military withdrawal from Afghanistan has given added impetus to young men trying the mountainous route via Iran to Turkey, Metin Corabatir, head of the Ankara-based Centre for Asylum and Migration Studies, told The Associated Press (AP) on July 11.

Taliban forces are advancing in regions evacuated by the US-led Nato forces in Afghanistan, prompting many in their path to flee. Migrants, mostly from Iran, Afghanistan and Pakistan, regularly cross the Iranian border into Turkey on foot before being ferried west over Lake Van, Turkey’s largest lake, to cities such as Istanbul and Ankara. Turkish media have been posting videos and publishing photos of the new wave of migrants making the journey.

Turkey officially hosts more than 4mn migrants, including 3.6mn Syrians. However, a figure of 10mn is not too unrealistic in estimating the real number of migrants in the country, which has an official population of 83mn.

Also on July 11, 12 were killed and 20 were injured as a bus carrying migrants overturned, tumbled into a ditch and caught fire in Van province, near the Iranian border.

The Guardian reported on July 12 that a 16-member Afghan family that had hoped to claim asylum in Russia after fleeing in the face of Taliban death threats have been trapped in Istanbul airport's international transit area for two weeks.

Nato member Turkey is currently gearing up to take over a remaining Afghanistan ground mission from the US, which aims to leave the country entirely as of September 11 or earlier. The media is focusing on side issues such as the financial support that will be provided by the US for what is represented as a simple case of operating the Kabul international airport. The airport is currently operated by Turkey but there is also the question of providing security over an extensive surrounding area with a perimeter several kilometres away. That has so far been the responsibility of local forces backed by US-led Nato forces. Taliban assaults on the airport are all but inevitable.

Turkey’s Erdogan regime, under pressure to show it is not fragile amid mounting domestic and international economic and political difficulties, will look to ride a transactional bargain with Washington that will demonstrate that it is still a close ally of the US. However, its officials will attempt to turn the screw for a considerable financial reward in return for the airport-centred operation. For the US, the cost of the bargain will nevertheless amount to only a rounding error in its war expenditures.

Separately, Eurasia Review reported on July 11 that fighter jets from the US and Turkey will this week take up the Nato Air Policing duties over Iceland and the Baltic region.

Meanwhile, media reports suggest that there are some tensions between the Biden administration and the Erdogan regime. With Afghanistan set to bring Central Asia into focus as a new region of chaos in relation to the US exit—something which will in bring China, which has a short border with Afghanistan, into the spotlight—the players in the decade-old Syrian Civil War, including Turkey, are promoting a status quo.

A recent report entitled “Security Scenarios for Syria in 2021-2022” by the Geneva Centre for Security Policy outlines the situation in Syria, which has been divided into three main parts. These are the northwest enclave under the rule of jihadist groups, the northeast part under the rule of Kurds and the remaining territories, under the control of the Assad regime.

The grey area is under direct Turkish occupation, while the light green area is occupied by jihadist groups backed by the Erdogan regime. The purple area is under the occupation of Israel while the remaining black, green and brown parts are under the control of jihadist groups. Thus, it is possible to describe Syria as in three parts, but it is hard to do so. (syria.liveuamap.com)

The “scenarios” in question are in no way movie scenarios—they cost the lives of hundreds of thousands of people.

The willingness of Hayat Tahrir al-Sham (HTS), an extremist jihadist coalition, to confront al-Qaeda-linked groups such as Hurras al-Din (HAD), its victories against the Turkish-backed Syrian National Army (SNA) and its strong influence over dynamics on the ground in the Idlib zone, could lead the West to work with HTS in a process similar to how it engaged with the Taliban, the report noted.

Looking ahead, expect to see politicians talking—apparently seriously—of the aim of securing democracy in Afghanistan and further afield in Central Asia. Newly named groups, using the same jihadists who have so far worked under HTS, or Taliban-like brands of the type first launched against the Soviet occupation of Afghanistan in the 1980s, may emerge.

Despite registering some success in the first round the previous weekend, populists and anti-establishment parties failed in the run-off for the upper house.

In the video Azerbaijani soldiers are apparently executing Armenian six POWs during its invasion on September 13-14.