The West’s tricky relationship with Kazakhstan gets more complicated 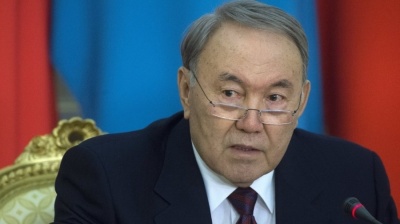 Western government officials have long had to reconcile their desire for Kazakhstan’s vast natural resources with the country’s poor record on democracy and human rights.

The eruption of violent protests and their brutal suppression make this relationship more difficult, and the arrival of troops from Russia and other member states of the Russian-dominated Collective Security Treaty Organisation (CSTO) at the request of President Kassym-Jomart Tokayev is no doubt an unwelcome development.

Ever since independence more than 30 years ago Kazakhstan’s long-serving former president Nursultan Nazarbayev pursued a multi-vector foreign policy that combined very close relations with Russia – Kazakhstan was one of the founding members of the Customs Union that later grew into the Eurasian Economic Union – with friendly relations with a broad range of countries from the West, the Middle East and Asia.

However, the latest developments have re-positioned Kazakhstan firmly in Russia’s backyard, as Tokayev relies on soldiers from Russia and other counties within Moscow’s sphere of influence to re-establish control over the country.

When the Soviet Union broke up, western oil companies were quick to move in to develop the oil and gas resources of the Caspian Basin in both Kazakhstan and Azerbaijan that had been previously behind the Iron Curtain. As early as 1992, AGIP (now Eni) and British Gas were awarded negotiating rights for Kazakhstan’s Karachaganak field, later signing a production-sharing agreement (PSA) with the Kazakh government alongside Texaco (now Chevron) and Russia’s Lukoil. Another international consortium later started developing the Kashagan mega field.

Kazakhstan’s geo-strategic importance, and that of its Central Asian neighbours, suddenly increased with the start of the War on Terror after the attacks on the Twin Towers in New York on September 11, 2001. The Muslim yet largely secular states were important allies when it came to the logistics of the war in Afghanistan and as a stable buffer zone north of the war-torn country. Western governments were therefore willing to ignore the repression of these states’ own populations – not least when it came to keeping a lid on any homegrown Islamic fundamentalism on their own territories.

This combination of economics and geopolitics encouraged western politicians to downplay events such as the December 2011 Zhanaozen massacre in Kazakhstan, the worst violence by the security forces against the population until this week’s events.

Just over three months after the shootings in the western oil town, then US president Barack Obama exchanged warm words with Nazarbayev at the March 2012 Nuclear Security Summit in Seoul. Not mentioning Zhanaozen, Obama’s official statement noted the US’ commercial relations with Kazakhstan and added "interested in discussing with the President efforts to further expand democracy and human rights within Kazakhstan, which will help to lead to further growth and prosperity in the future”.

Meanwhile, former British prime minister Tony Blair gave Nazarbayev advice on how to avoid his image being tarnished by the killings in Zhanaozen. His consultancy, Tony Blair Associates, much criticised for advising countries with poor human rights records, signed a multi-million-pound deal to advise Kazakhstan's leadership on good governance.

Other western government officials wooing Kazakhstan have also struggled to bring together the not very compatible sentiments of ‘let us drill your oil’ and ‘don’t kill protesters’ with an added dash of ‘keep up the good work against fundamentalism’. Politicians on visits to the Central Asian nation have long tended tend to make some bland statements on human rights and democracy largely for the benefit of the audience at home before getting down to the actual business of natural resources deals and infrastructure contracts.

The traffic has gone two ways; not only have western investors flocked to Kazakhstan; the new class of super-rich Kazakhs favour London and other western cities to buy properties and secure their money. In a December 2020 feature, RFE/RL identified at least $785mn in European and US real estate purchases made by Nazarbayev’s family members and their in-laws in six countries over a 20-year period.

Their fabulous riches provided an easy entree into international social circles, including with members of the British royal family.

Queen Elizabeth’s disgraced second son Prince Andrew is known to have friendly relations with both the former Kazakh president and his son-in-law Timur Kulibayev. Back in 2007, British media revealed that Kulibayev had purchased Prince Andrew’s former home Sunninghill for GBP15mn ($20.4mn), a steep GBP3mn higher than the asking price.

Several years later, Prince Harry and his then girlfriend Cressida Bonas were photographed at the ski resort of Shymbulak near Almaty, reportedly at the invitation of Kazakh oligarch Serzhan Zhumashov, a friend of Nazarbayev’s.

The Nazarbayev family are understood to have fled Kazakhstan by private jet to an unknown destination after violent protests erupted this week, prompting a harsh crackdown by security forces. Russia and its fellow CSTO members zoomed in almost immediately to back up Tokayev’s regime. Russian media reports – the only ones coming out of Kazakhstan aside from the Kazakh state media during the internet blackout – have played up the violence and instability in the country.

US Secretary of State Antony Blinken commented on the arrival of CSTO troops on January 7, saying it was “not clear why they feel the need for any outside assistance”.

"One lesson of recent history is that once Russians are in your house, it's sometimes very difficult to get them to leave,” Blinken added at a State Department press briefing.

Until then, the main western powers had issued cautiously worded statements appealing to both sides for restraint and to avoid violence. Just like in other post-Soviet countries that Russia regards as firmly in its sphere of influence, there’s very little they can do in practical terms.

As the situation deteriorated on January 5, US State Department spokesperson Ned Price commented: “We condemn the acts of violence and destruction of property and call for restraint by both the authorities and protesters. We ask for all Kazakhstanis to respect and defend constitutional institutions, human rights and media freedom, including through the restoration of internet service. We urge all parties to find a peaceful resolution of the state of emergency.”

A spokesperson for the European Union External Action Service said the EU is following developments closely. “We call on all concerned to act with responsibility and restraint and to refrain from actions that could lead to further escalation of violence. While recognising the right to peaceful demonstration, the European Union expects that they remain non-violent and avoid any incitement to violence. The European Union also calls upon authorities to respect the fundamental right to peaceful protest and proportionality in the use of force when defending its legitimate security interests, and to uphold its international commitments,” the statement said.

“We are concerned by the violent clashes witnessed in Kazakhstan in recent days and are following developments closely. We call for calm. Protests should be peaceful and law enforcement responses proportionate and in line with Kazakhstan’s international commitments. The UK encourages a peaceful resolution through engagement between the authorities and civil society,” a spokesperson for the UK Foreign, Commonwealth and Development Office said in a statement emailed to bne IntelliNews.

COMMENT: Emerging European tightening cycle coming to an end
1 day ago
COMMENT: Does Russia have any friends left in Southeast Asia?
6 days ago
COMMENT: Will an Italian right-wing victory in upcoming elections be another win for Putin in Europe?
6 days ago
COMMENT: War as a sign of weakness: failure of reforms and of branding of a Russian nation.
13 days ago
HESS: Putin doesn’t fit with China’s plans for an alternative global financial order
13 days ago