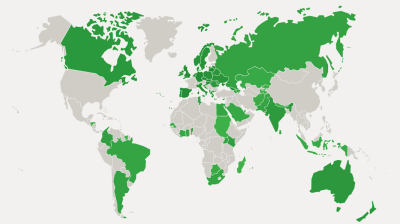 Slovakia occupies the first rank on the global National Cyber Security Index (NCSI), with 80.52 points, according to the Estonian e-Governance Academy Foundation (EGA) NGO, which drafts the index.

Slovakia joined the index recently together with other seven countries. “Slovakia has put significant efforts into developing their cybersecurity capacities over the past few years. Slovakia achieved the maximum score in an impressive seven of the 12 capacities and takes a slight lead over Germany,” the EGA stated.

Among the newcomers, the second best was Sweden, which ended up in 15th place.

On the overall index, Lithuania is in third place after Germany (which was pushed into second place by Slovakia), followed by Spain and the UK. Czechia took sixth place, Poland ninth and Hungary 14th. The difference between Slovakia and Hungary was 18.18 points.

The worst of the European countries included on the index was Cyprus, occupying 38th place with 31.17 points.

Among other countries from the wider CEE/CIS region, Ukraine and Belarus were in 16th and 17th place respectively, soundly beating Russia (35th).

Georgia (in 11th place) was the clear outlier among countries from the Eurasian region, with its neighbours from the Caucasus plus the three Central Asian countries rated all languishing in the 40s and 50s

Belarus' gold and foreign currency reserves totalled $8,459.9bn as of 1 October, 2021, according to the National Bank of the Republic of Belarus (NBRB) preliminary data, reports BelTA.

In September 2021 the index of consumer prices for goods and services totalled 101.3% as against August 2021 and 107.5% as against December 2020, according to the National Statistics Committee of Belarus.

There were some major changes in the source countries of travellers to the region as the continued coronavirus threat forced people to switch to different holiday destinations.