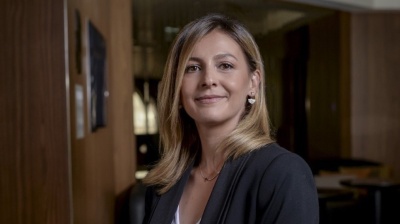 On October 10, Ananas E-commerce announced it officially became the owner of the Macedonian online shopping brands Grouper.mk and Paopao.mk, after it acquired 100% of Vebspot, which runs the two platforms, from Payten, a member of Polish group Asseco.

“Ananas’ mission is to become the Amazon of the Balkans — to bring the online shopping experience seen in the developed countries to these parts of the Balkans,” Angelovska said.

“At the moment the focus is on establishing and launching Ananas on the Macedonian market. We have an ambitious agenda and a lot of work ahead of us. The regional expansion begins from [North] Macedonia and then other Western Balkans countries will follow,” she added.

Delta announced earlier that investments in Ananas in the next five years will amount to €100mn.

As well as being a former finance minister of North Macedonia, Angelovska was the founder of Grouper back in 2011. She called the company a “game changer" for Macedonian e-commerce.

When it was established in 2011, there was practically no e-commerce in the country, and it grew into the largest platform with over 300,000 users and over 3,000 merchants.

Almost two years ago, Grouper became part of the Polish group Asseco. It was taken over as an established brand on the market with a large base of customers, associates and an experienced team. At that point Angelovska retired from her management position in the company, later joining Ananas.

Commenting on Ananas’ other acquisition, Angelovska said: “On the other hand, the recently launched PaoPao platform represents a starting point that counts over 100 partners who offer their products for sale through it.”

The Western Balkans, like other parts of Europe, are seeing a slowdown in the e-commerce sector following the boom during the peak of the pandemic.

“During the pandemic, online sales recorded their highest growth, so after the return to normality, the slowdown of online sales compared to the 'COVID-19 times' was expected,” said Angelovska, who is also president of the Macedonian E-commerce Association.

However, she said it is important to emphasise that during the pandemic people were educated, acquired the habit of online shopping and were reassured about its safety.

As in any other businesses, constant innovation and improvement are necessary for maintaining continuous sales growth, she added.

Angelovska said Ananas’ main focus in the next period is to establish a stable and secure platform with a wide range of products and various delivery methods as well as safe payment methods.

In Serbia, Ananas has already established several ways of delivering packages — via Ananas package zones at petrol stations, at places such as nearby cafes or exchange offices.

“In addition to the wide range of offers from which they can choose, as well as the payment method that suits them best, we also offer a choice in the method of delivery for buyers according to their preferences,” she said.

“I believe that we will apply these examples of good practice to the market in [North] Macedonia, so that buyers will get the shopping experience we know in developed markets and thus we will orient them even more towards online shopping,” Angelovska added.

“We are also focused on our existing and future partners with whom we strive to establish successful long-term collaboration and help them to achieve further growth of their products and businesses.

“If we keep in mind that we are introducing and building something that does not exist in these regions, the roadmap of new functionalities and innovations ranges from improvements and new functionalities of the platform, to a mobile application, programmes with gamification and various initiatives,” Angelovska said.

According to Angelovska, Ananas strives to provide good offers and competitive prices with the aim of attracting and retaining customers. The company also responds to changes in demand depending on the time of year. Thus, for Ananas, the end of August in Serbia was when parents bought what their children needed for the beginning of the school year.

"In November we assume that home appliances will be purchased mostly, considering the discounts on the occasion of the Black Friday campaign," she said,

“Grouper always offers buyers attractive deals with discounts for visiting and discovering new places. The most attractive category for buyers is travel, followed by beauty and relax, health check-ups and other services,” Angelovska said.

At the end of May, the Macedonian E-Commerce Association said citing central bank data that people from North Macedonia spent €420.7mn in 14.2mn online transactions in 2021 at home and abroad.

Of this amount, €318.mn were spent on transactions in domestic e-shops, which is 75.8% of the total value of online transactions.

PM’s attempt to quell Mongolia’s ‘coal mafia’ protests drowned out by livid crowds
4 hours ago
Italian PM Meloni outlines new ambitious plan for Africa
6 hours ago
Is Russia putting additional pressure on Belarus to join the war?
16 hours ago
Can Russia sneak gas into the EU via a Turkish gas hub?
1 day ago
Roddy Scott Foundation providing education to the children of war-torn Pankisi Gorge
1 day ago