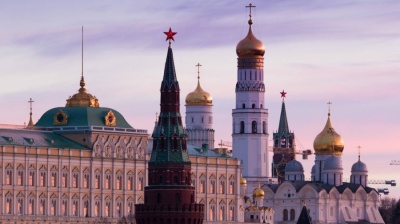 After crashing to RUB80 to the dollar, Russia's national currency has broken below RUB70 as oil prices briefly touch $40 again. Russia's rebound from the depths of the coronacrisis is now visible. / bne IntelliNews
By Ben Aris in Berlin June 3, 2020

If Russia’s plan was not to panic, keep its powder dry and wait for oil prices to recover then that plan is working pretty well. The ruble broke back below RUB70 to the dollar this week and was trading at RUB68.48 to the dollar as of the close of trading as oil prices briefly touched $40 per barrel on June 3, regain a large part of the ground it has lost in the last three months. A predicted rebound in the Russian economy appears to be underway.

“The official exchange rate averaged RUB72.6/$ in May vs RUB75.4/$ in April, while the lowest levels were seen in late March-early April, when the ruble was trading around RUB79-80/$,” BCS Global Markets said in a note.

As bne IntelliNews reported, the ruble has performed remarkably well during this crisis, but it was badly wounded in the panic that followed the Kremlin’s decision to withdraw from the OPEC+ production cut deal on March 6, falling as low as RUB80.8815 on March 24.

The ruble’s tie to the price of oil has been largely broken by the fiscal ruble that mandates the Ministry of Finance siphon off all revenues earned from oil exports above the price of $42.

While there was some discussion about suspending the fiscal rule during the crisis to generate some extra spending money, Finance Minister Anton Siluanov came out last week with a decision that the prudent fiscal rule would remain in place.

Oil prices have also recovered remarkably quickly, driven by optimism over a new OPEC++ production cut deal that will reduce the production of oil by 9.7mn barrels per day (bpd) that was signed on April 13. The price of oil broke back above $40 briefly on June 3, which is once again in the Kremlin’s comfort zone.

So far Russia and most of the other cartel members are sticking to the new deal. Indeed, Saudi Arabia has said that it will cut even more than it committed to in the deal to help prices recover even faster.

Russia’s oil production has already fallen by 15.5% from its post-Soviet highs to 9.388mn bpd in May, Bloomberg reported on June 2 citing the Energy Ministry’s CDU TEK dispatcher department.

Saudi this week called for the next OPEC meeting to be brought forward and Russia and Saudi Arabia are reportedly close to reaching another deal to extend the current OPEC++ production quotas for a further two months.

According to the OPEC+ agreement signed in April, production cuts should ease on July 1 from a cumulative 9.7mn bpd to 8mn bpd. The Wall Street Journal reports that Saudi Arabia wants to extend the current 9.7mn bpd quota up until the end of the year, while Russia wants to increase output in July. The two countries reportedly see September as a middle ground and are close to reaching an agreement.

Russia’s official position is now that supply and demand in the oil market could finally be balanced by June or July. That is partly why it is reluctant to extend the OPEC++ production cut deal to the end of the year and wants to ramp up production as early as July. But the Kremlin appears willing to compromise. President Vladimir Putin held talks with Saudi Crown Prince Mohammed bin Salman (MbS) last week and pledged "close co-ordination" between their respective energy ministers. Saudi needs oil prices to be closer to $80 for its budget to balance.

Recovery already feeding through to the capital markets

Step back a moment and mull those changes. With oil prices at $40 Russia Inc. is back in business, as the budget more or less breaks even.

And with the ruble trading at RUB68 it even gains some competitiveness on exports as well as seeing budget revenues (which are denominated in rubles) improve from the increased revenues from the recovering oil price (which are converted from dollars). One of the quirks of the Russian budget is it is actually one of the biggest winners of ruble devaluations, as it gets more rubles to meet its obligations in the budget (which are not adjusted for devaluations), even if those rubles are worth less.

Indeed, Russia closed out the first quarter with a triple surplus – trade ($3.8bn), current account ($1.8bn) and federal budget (0.2%). While the budget will also certainly go into deficit in the second quarter – especially after the government just announced a new RUB7.3 trillion National Recovery Plan – the drain on the RUB9 trillion Russia holds in its National Welfare Fund (NWF) reserve fund to cover budget deficits in times of crisis will be greatly reduced.

That is not to say the economy has not been hurt by the coronacrisis. Russia’s economy will contract by 5% in 2020 and will start to recover at the end of the year, Economic Development Minister Maxim Reshetnikov said in a statement published on May 22.

"We expect that the active stage of economic recovery will start in October-December and will continue in 2021," Reshetnikov said, adding that in 2021 the economy will grow by 2.8%.

Recession in annual terms is expected at 9.5% in April-June, 6.3% in July-September and 5.2% in October-December of 2020, he said. "As soon as the quarantine restrictions are eased, resumption of GDP growth is expected on the quarter starting from the third quarter," Reshetnikov said.

But the first green shoots of a bounce back are starting to appear. Many of the indicators that measure the daily life of the economy have tanked. Russian industrial output declined by 6.6% y/y in April 2020. Retail turnover was down by a quarter and unemployment jumped to 5.8%. It will take the rest of the year for these numbers to recover.

However, as bne IntelliNews reported, the IHS Markit Composite PMI Output Index posted 35.0 in May from April's all-time low of 13.9. That said, the PMI index remains deeply in the red and well below its 50 no-change mark.

Taken together and the predictions that Russia’s economy is well placed to recover strongly in the second half of this year – or at least do better than many of its emerging market (EM) peers – look like they may be borne out.

Russia’s domestic bond market has been doing well and attracted enough new international capital in May to entirely offset the fall in oil prices that month, so the value of the ruble stayed flat despite oil prices declining. Investors have come to see the Russian Ministry of Finance ruble-denominated OFZ treasury bills as something of a “safe haven” from the global coronacrisis.

Russia's Finance Ministry is preparing a massive increase in OFZ federal bond issuance in order to finance the coronavirus (COVID-19) fiscal stimulus, Deputy Minister Alexei Moiseev said on May 21. The Finance Ministry already has placed over RUB1.1 trillion ($15.5bn) worth of bonds this year, out of originally planned domestic borrowings of RUB2.3 trillion. Previously extra borrowing of RUB2 trillion was said to be possible, but those plans may not be necessary now.

Russia’s equity market has also been enjoying something of a rally in the last month too as the most intrepid portfolio investors started cherry-picking from amongst the best names made cheap by the global sell-off in EM equities that started at the end of February. The dollar-denominated Russia Trading System (RTS) remains down by about 26% YTD, but it has gained just under 10% over the last month.

The stocks of the metal and mining sector have actually returned an absolutely gain of 1% since January 1 as of June 3, having recovered all the ground they lost this year. Utilities have also done well as the star performer in the first two months of this year, before the crisis broke, and are only down 3% as of the close of trading on June 3.

The growing optimism amongst investors is being fuelled as countries across New Europe start easing their lockdown regimes.

“Players appear to be more certain than not that the trough has been reached as economies re-open for business and, therefore, are intent to not miss the ride higher. ‘U’-shaped recovery expectations are gathering momentum," BCS GM said in a note. “The bullish headlines that OPEC+ may be mending fences and extend the current record-level cut beyond June (rather than scaling back cuts beginning in July) have further bolstered sentiment and Brent. Still, any enthusiasm will be held in check – US-China tensions could flare.”

MOSCOW BLOG: West moving towards a “back to normal strategy”

MOSCOW BLOG: West blowing holes in its own sanctions regime