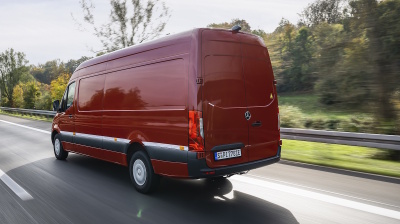 Mercedes-Benz Group announced plans on December 12 to build an electric van factory in southern Poland in an investment worth €1.3bn.

The plant will employ an estimated 2,500 people, Mercedes representatives said, speaking at a press conference alongside Poland’s Prime Minister Mateusz Morawiecki. The factory will be Mercedes’ first to build only electric vans in what the head of the company’s vans division Mathias Geisen called a “step towards emissions-free mobility”.

The investment proves that Poland no longer needs to compete with other countries on labour costs alone, PM Morawiecki said.

“We now want high-quality work,” Morawiecki said, adding that the quality of the Mercedes brand will meet the "quality of Polish engineers, project managers, and employees”.

The factory will be located in Jawor, southwestern Poland, where Mercedes already operates facilities producing petrol and diesel engines as well as batteries for electric vehicles.

The factory is expected to start production in 2025.

Poland has long been an attractive location for car manufacturers, though it has tended to lag behind its neighbours in the region. Only in recent years have brands like Volkswagen or Stellantis (the new name of Fiat Chrysler Automobiles and Peugeot, which merged in 2020)  begun production in Poland.

Poland also has ambitions to make its own electric cars.

Downturn mood eases in Polish manufacturing as PMI grows to 47.5 points in January
bneGREEN: Most growth in power generation by 2050 will be solar and wind – BP
Russian gas pipe flow dips to record low in January