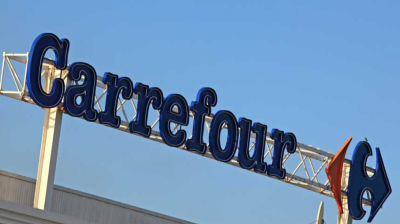 The Macedonian government has pledged to step in after a hypermarket operating under the Carrefour franchise in Skopje closed leaving huge debts to its local suppliers, an official from the Economic Chamber, which represents Macedonian businesses, told bne IntelliNews on February 8.

The Skopje hypermarket just three years ago in City Mall. It was one of the biggest in Macedonia, covering an area of 4,650 square metres. However, at the end of January, Skopje residents said the hypermarket had suddenly closed.

The franchisee’s outstanding debts were revealed by members of the Economic Chamber of Macedonia with financial claims against CMB Balkans Skopje.

She said some 50 member of the Economic Chamber, have financial claims, but the number of creditors could be larger.

“If the problem is not only about debts between companies (creditors or suppliers) and Carrefour, an intervention from the state institutions will be needed,” Strbevska added.

She was referring to the possibility of unlawful transactions, which would mean that the local financial police, the tax department and the interior ministry might get involved in the investigation.

Broadcaster Telma reported on February 5 that Carrefour in Skopje had a huge debt to Macedonian suppliers, which according to some sources reached €10mn, though the figure has not been officially confirmed.

Strbevska declined to comment on the size of CMB Balkans Skopje’s debts to the Chamber’s members. This data can be obtained only from the companies, Strbevska said, but she added that other firms with financial claims are expected to file complaints shortly

In 2012, Marinopoulos became an exclusive licensee of the Carrefour brands in Greece, Cyprus, Macedonia, Albania and Bulgaria, through franchise contracts.

Local news provider Netpres reported on February 7 that Carrefour also faces financial problems in other countries in the region. Two more supermarkets are expected to close, of which one is in Bulgaria.

News portal Faktor said on February 5 that local Komercijalna Banka has already activated mechanisms for the repayment of a loan taken by Carrefour hypermarket in Macedonia, as the liabilities have not been paid for quite long time.