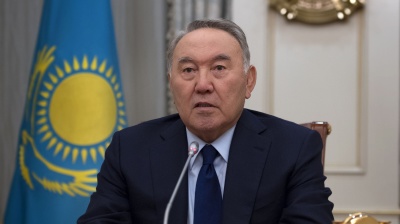 Kazakh President Nursultan Nazarbayev on February 21 signed a decree to sack the cabinet of ministers, the presidential press service reported. Askar Mamin has been appointed as the acting prime minister in the meantime, replacing Bakytzhan Sagintayev who had held the post since 2016.

The move was accompanied with Nazarbayev’s statement, blaming the cabinet for failing to reduce the Kazakh economy’s over-reliance on commodities exports or to improve the livelihoods of Kazakh citizens. The sacking appears to be a demonstrative move — a common approach used by the ex-Soviet autocrat to redirect anger away from himself towards his subordinates. The statement also claimed the new government will focus on improving the lives of Kazakhs, and social programmes will be implemented to improve quality of life and support low-income citizens and socially vulnerable groups. Regional development policy will be “drastically” revised, it promised. Whether a charade or a statement of intent, the move seems to mimic Russian President Vladimir Putin’s focus on social support in his state of the nation speech delivered on February 20.

“The government, together with the National Bank, has not been able to fully create real incentives and tools for high-quality growth of the economy,” said Nazarbayev’s statement, noting that real incomes of the population have not been growing.

Nazarbayev’s statement also said the government funds have been misallocated and promised to establish oversight over the state budget expenditures.

The new cabinet will be tasked with "work[ing] out effective steps to improve the standard of living, stimulate the economy, implement strategic objectives," Nazarbayev said. To this end, “considerable funds will be allocated from the budget and the National Fund,” Nazarbayev said.

Kazakhstan has been attempting to diversify the country away from oil exports-dependence in the past year by betting on foreign investment, most of which came from China. The opening of Uzbekistan, following the death of another ex-Soviet dictator Islam Karimov, may have also played a role in hurrying Kazak authorities to enact their own investor-friendly reforms and attempting to attract foreign companies. Chinese investments in Kazakhstan’s infrastructure and rising oil prices have helped drive the nation’s 4.1% growth in 2018. Despite the ongoing economic recovery from 1% growth recorded in 2016 amid low oil prices, ordinary Kazakhs have not been able to experience the benefits of improving macroeconomic indicators. That boiled into common discontent with the government - some of this public anger took the form of anti-land reform protests in 2016.

In March last year, Nazarbayev promised to implement a number of social initiatives - the effects of these programmes are unlikely to show immediate results, however.

The current government will continue to carry out its responsibilities until a new cabinet is approved.