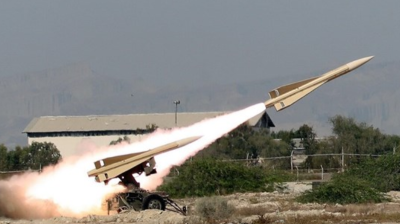 Despite the end of the embargo, Iran's wretched financial situation and US sanctions are likely to forestall an arms buying spree.
By bne IntelIiNews October 18, 2020

Iranian officials on October 18 hailed the lifting of a 13-year UN arms embargo on their military, with the speaker of Iran’s parliament (the Majlis), Mohammad Bagher Ghalibaf, describing it as a “major setback” for the US, ISNA reported.

"This was undoubtedly a major setback for the United States. A failure for the arrogant but weak and isolated American government," he was quoted as saying.

Officials claimed that they were once again free to buy and sell conventional weapons. However, the US was quick to warn any country entering into arms deals with Iran that they would be sanctioned.

According to the 2015 landmark nuclear deal, world powers agreed to lift the UN arms embargo on Iran effective October 18, 2020, if Tehran abided by the deal’s terms. However, the US, which withdrew from the agreement in 2018, claimed last month that Iran had violated its terms, and made the case that as an original member of the deal it was able to unilaterally trigger a reimposition of the UN weapons embargo. The other world powers, who remain signatories to the nuclear pact, disagreed, saying the US move was null and void.

US Secretary of State Mike Pompeo said in a statement on October 18: “The United States is prepared to use its domestic authorities to sanction any individual or entity that materially contributes to the supply, sale, or transfer of conventional arms to or from Iran, as well as those who provide technical training, financial support, and services, and other assistance related to these arms.”

Earlier in the day, the Iranian Foreign Ministry stated: “All restrictions on the transfer of arms, related activities, and financial services to and from the Islamic Republic of Iran... are all automatically terminated.”

The EU and the UK are to maintain a separate arms embargo on Iran despite the lifting of the UN ban. The European powers had sought to negotiate a voluntary 18-month extension of the embargo, but Russia and China could not be persuaded to back the move at the UN security council.

Russia and China are now the two countries most likely to offer arms to Tehran, making Iran less dependent on its own defence industry and on smuggling. But Iran’s wretched financial state, largely caused by heavy US sanctions introduced since the Trump administration exited the nuclear deal, and the threat of US sanctions on anyone trading arms with the country, means Tehran is unlikely to go on a short-term arms acquisition spree.

US sanctions freeze any assets held by an individual or entity in the US and effectively cut them off from Western banking services.

While seeking to prevent Iran from building up its armed forces, the US under President Donald Trump has done billions of dollars of deals to sell weapons to the Islamic Republic’s arch rival, Saudi Arabia. In 2019, Saudi Arabia spent almost $80bn on defence, the same as Iran spent over the previous four years combined, according to the London-based International Institute for Strategic Studies.

Iranian Foreign Minister Mohammad Javad Zarif responded to the lifting of the embargo by saying: “Today’s normalisation of Iran’s defence cooperation with the world is a win for the cause of multilateralism and peace and security in our region.”

The Iranian defence ministry, meanwhile, said that “unconventional arms, weapons of mass destruction and a buying spree of conventional arms” had no place in Iran’s defence doctrine.

Under the embargo, Iran has always been free to acquire purely defensive weapons, including, if it wished, the Russian-made S-400 air defence system that was last year bought by Nato member Turkey.