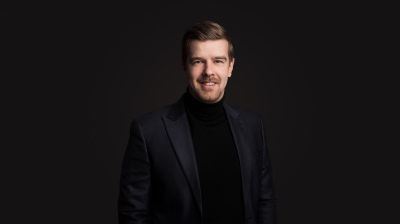 “Economies can be restarted; lives cannot,” Romanian tech entrepreneur Radu Negulescu said in an interview with bne IntelliNews the week that daily new coronavirus (COVID-19) cases in Romania surpassed 1,000 for the first time. They haven’t dropped below that level since.

Negulescu, a serial entrepreneur who is CEO of software company Trencadis, expects the economic impact of the global health crisis to fall particularly heavily on countries like Romania that are positioned in the middle of the supply chain. A full recovery to 2019 levels of economic activity could take as long as seven years, he forecasts, despite efforts to reopen the economy in Romania and elsewhere.

“At this moment humanity is in a very volatile position. Although it’s not simple for everybody, lockdown is the only relevant measure that is proven to be working in cases like this. From my perspective the fact that humanity moved too far with the reopening of the economy is enabling what’s happening today, the cases are starting to grow again. Romania appeared to manage ok the first stages of the crisis, but now things have gone out of control,” he says.

While the emphasis in many countries is on reopening economies, Negulescu expects politicians to be forced to change their perspective within a few months in light of rising new cases. In addition, he says, talk of a V-shaped recovery is “nonsense” even if a vaccine is discovered soon.

“Politicians and businesspeople are trying to restart the economies but the economies are not restarting,” he says. "The economy is a system that doesn’t work by pushing buttons … it is driven by mass psychology, so until individuals feel that the danger has passed and they are safe, they will not consume as they did before the pandemic.”

Negulescu’s assessment of the situation was directed initially at employees of his firm Trencadis, which specialises in software solutions for government and business organisations, as he reacted swiftly and decisively to the crisis. As early as February, he cancelled the previous objectives and strategies, and spent the first two months of the crisis refinancing. This gave his companies a buffer to survive over 18 months of low revenues.

He also launched a foundation, a federation of companies whose goal is to help society bear the pressures it is currently being subjected to. Another new initiative is in the land management field, where Trencadis launched AIOS Integrated Land Systems, a joint venture with Geozone, a manufacturer and distributor of in-the-field land products.

Coming up is what Negulescu, who started his first business back in his teens, says is the biggest bet yet, a new start-up owned by Trencadis that will help organisations to collaborate more effectively when working from a distance.

Changes to the way people work, in terms of moving to remote working, have already been made during the lockdown this spring. But Negulescu argues that deeper changes are going to happen before the crisis is over, and as the world moves to a new normal.

Romania is no exception, as, along with fellow Southeast European economies such as Serbia and North Macedonia and other emerging markets, it is in a particularly vulnerable position because of its position in the supply chain.

“Romania is not an innovation producer nor a raw materials producer. It is in the middle [of the supply chain] so it depends on what everyone else is doing,” says Negulescu.

“I can’t imagine, even with huge state aid, how we can restart [the Romanian economy] without consumption restarting at global level. In this crisis, there aren’t individual solutions … Romania doesn’t have any power like Serbia [and] North Macedonia in Europe, Argentina, Mexico … they are doomed because years of hard times will come,” he forecasts.

In response to the crisis, he anticipates governments will try to set in place shorter distribution chains. So far, however, “world politicians are managing the situation very badly, [which] will have huge consequences not only from an economic perspective but also from a social perspective.”

Looking ahead to when the crisis eventually passes, Negulescu is “100% convinced that the future will be very different from the past which we are used to”.

For a start, he anticipates a wave of automation, accompanied – in the countries that can afford it – by the introduction of universal basic income. Then the global economic institutions, the International Monetary Fund (IMF), World Bank and World Trade Organisation (WTO), will be forced to reshuffle their strategy. “They are making decisions based on a framework decided after World War Two. Times have changed … they will be forced to reimagine their framework.”

There has also been a lot of discussion about whether consumers will bounce back post-lockdown or if the pause in economic activity will lead to a shift away from the frenetic consumerism that has characterised the last few years.

Negulescu goes further than this. “I think 10 years from now we will talk about 2010-20 as a period where we lost contact with reality,” he says, forecasting a “revolution of relevance” as people reassess all aspects of their lives. But "we will get to this revaluation the hard way: though several years of economic hardship."