Hungary in talks with China, Russia and Israel to buy vaccine as fatalities surge 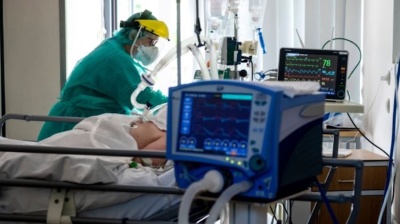 The number of people needing treatment in hospitals grew fivefold in October to 4,205.
By bne IntelliNews November 2, 2020

Hungary is in talks with China, Russia, and Israel on the possibility of purchasing a vaccine against the coronavirus (COVID-19) as Hungary reported record new COVID-19 related deaths on November 2. Despite the exponential rise in new cases and people needing hospital treatment, the government is reluctant to introduce restrictions other than making mask-wearing compulsory in restaurants and at outdoor events.

In a Facebook post on Monday, Hungarian Minister of Foreign Affairs and Trade Peter Szijjarto said he agreed with Russian Minister of Industry and Trade Denis Manturov and Health Minister Mikhail Murashko to keep in continuous contact on the test results, and on clarifying licencing and health use issues regarding the COVID-19 vaccine under testing in Russia.

"Additionally, we also got in touch with those competent in Israel as research is also going on in Israel on developing the vaccine," the minister said.

Szijjarto said with testing already in phase 3 in Russia and China, there could easily be a chance to buy vaccine from those countries within a few weeks or months.

Comments by Hungary's top diplomat came just three days after Prime Minister Viktor Orban told state news media that Hungary could receive its first shipment of vaccines in late December or early January and mass doses of two or three different types of vaccine are expected to arrive in April, he added.

COVID-19 related restrictions in Hungary are amongst the most lenient in Europe. Bars and restaurants can remain open until 11 pm and indoor events are also allowed. Football games are played in front of thousands of fans and often spectators do not social distance.

On Wednesday a sell-out crowd of 20,000 fans will cheer at a Champions League game between Hungarian champion Ferencvaros and Juventus at the Puskas Arena.

The government made mask-wearing compulsory for all outdoor events, which was extended to restaurants and entertainment venues as of November 2. Fines for breaking quarantine rules were raised.

Another measure put in place was the extension of border lockdown until December 1. The rules, in place since September 1, stipulate that foreign nationals may only enter Hungary in special cases where entry is justified, and Hungarians returning from abroad have to self-isolate for 14 days.

Hungary's Chamber of Doctors (MOK) is proposing stricter and more consistent rules for mass events, including tighter control of mask-wearing and social distancing rules. They also proposed further restrictions on the opening hours and number of guests in restaurants and entertainment venues as well as shopping times for the elderly.

The current screening and contact tracing capacities are insufficient for monitoring the spread of the epidemic and that the government should emphasise the importance of individual prevention, according to MOK.

During the weekend, a doctor in the western Hungarian town of Gyor issued a desperate call as the city's hospital is now facing a huge increase in new patients.

In some hospitals, retired doctors are called up as the labour shortage remains dire in Hungary's fragile health care system. Some hospitals are relying on the help of ophthalmologists and podiatrists in supervising COVID patients.

Well-known epidemiologists are also saying that the pandemic is spreading uncontrollably in Hungary and measures are insufficient. Opposition parties have also called for tighter restrictions, while the government says that the current rules are enough, and they must be fully observed.

Officials claim that mortality rates in Hungary are better than the European average, but that is only true if the first wave of the pandemic is included.

During the second wave Hungary has been one of the worst-performing countries in Europe. Last month there was a drastic surge in new cases, fatalities and hospitalisations.

The number of registered infections tripled in October from 27,300 to 80,000, while there was a similarly drastic surge in the number of active cases from 20,410 to 57,302. The number of people needing treatment in hospitals grew fivefold to 4,205. Fatalities now stand at 1,889 compared to 765 at the end of September.

On Sunday a record number of people, 70, died of COVID-19. At the beginning of October the daily death toll was in the mid-teens.