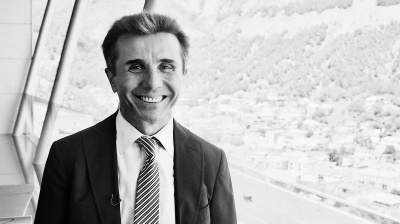 Just days before November's presidntial runoff, a charitable foundation controlled by Ivanishvili promised to write off the debts of over 600,000 Georgians.
By Iulian Ernst in Bucharest and Will Conroy in Prague February 25, 2019

Top Georgian oligarch Bidzina Ivanishvili is impairing the ability of Georgia’s elected officials to determine and implement government policy, Freedom House has concluded in its Freedom in the World 2019 report. Such is his influence, critics can be forgiven for concluding that he is the de facto ruler of the country.

The name of Ivanishvili, Georgia’s richest person who is a former prime minister and the leader of the ruling Georgian Dream party—and is also known for his private zoo with penguins, lemurs and a zebra—is mentioned 11 times in Freedom House’s latest annual assessment of freedoms in the small Caucasus nation bordering the Black Sea.

Georgia retained its “Partly Free” ranking in the report, with an Aggregate Freedom Score of 63/100 (100 = Most Free), one point less than it achieved in the previous survey.

The report makes an almost immediate reference to Ivanishvili, a 63-year-old Georgian-Russian dual citizen of humble origins who grew rich in Russia in metals and banking during its privatisation era. It observes: “Giorgi Kvirikashvili stepped down as prime minister in June [2018] and was replaced by Mamuka Bakhtadze, previously the finance minister. Kvirikashvili said his resignation resulted from disagreements over economic policy with Bidzina Ivanishvili.”

Pre-election debt write-off promise
It also mentions Ivanishvili’s big influence in late November’s presidential election runoff in which his favoured candidate, Salome Zurabishvili, triumphed to become Georgia’s first woman president, following a fierce contest with the united opposition’s candidate Grigol Vashadze. “Just days before the runoff, a charitable foundation controlled by Ivanishvili promised to write off the debts of over 600,000 Georgians, or about one in six eligible voters,” the report highlighted. 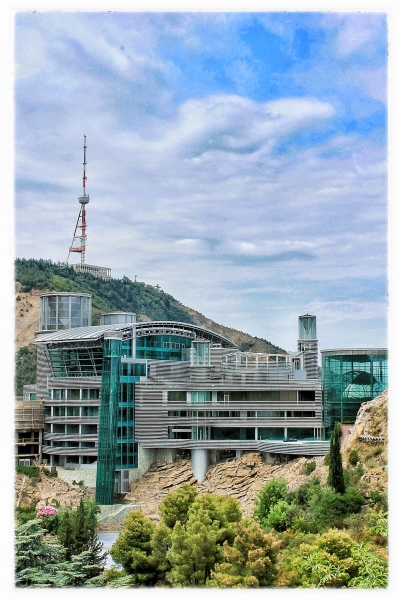 Ivanishvili founded Georgian Dream in 2011. He resigned as prime minister and as the ruling party’s chairman in 2013, but he remained its primary financial backer and continued to control it informally. According to Freedom House, his successors as prime minister and party chairman “have been close confidants and former employees of institutions he controls, suggesting that he plays a large role in determining the country’s leadership. Ivanishvili was reelected as chairman of Georgian Dream at a party congress in May 2018”.

Ivanishvili’s policy influence is also visible in connection with his financial and business interests, and in particular the multibillion-dollar Georgian Co-Investment Fund (GCF), the report concluded. GCF was unveiled in 2013 and is active in large real-estate development projects in Tbilisi. “In 2017, observers raised suspicions that a major development project opposed by many civil society actors but backed by GCF was receiving favorable treatment from the authorities in large part due to Ivanishvili’s political connections,” Freedom House wrote.

Allies hired by public broadcaster
Finally, the assessment observes that Georgian Public Broadcaster (GPB) has recently made personnel changes that included the hiring of numerous people who were considered Ivanishvili allies, with some taking senior positions.

“Civil society groups issued a joint statement in 2017 to express concern about these hires and about the station’s coverage, which they said had become less critical of the government,” the report said. “Controversy over the GPB continued in 2018, as NGOs reacted to a State Audit Office report that found problems involving spending, procurement, and conflicts of interest at the broadcaster. Separately, civil society organizations reported that two of the five members of the Georgian National Communications Commission, which regulates broadcast media and internet services, lacked the academic credentials that were legally required for their positions.”

Georgia has also been full of speculation that Ivanishvili is behind an “illicit income”probe into the country’s largest bank, London-listed TBC, but the lender’s management in mid-February denied that was the case.